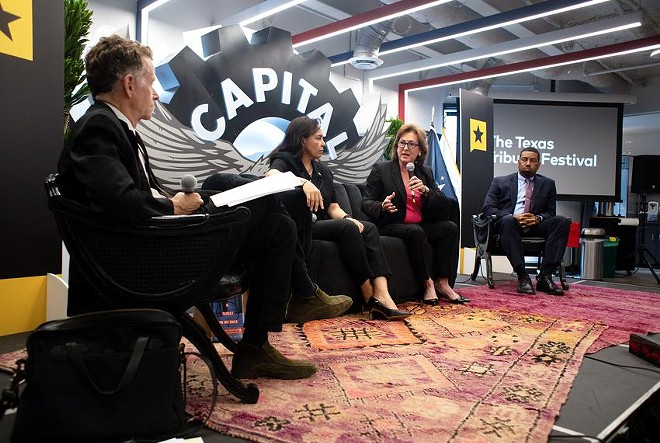 Middleton appeared during the Festival’s “With Conviction” panel and was one of five prosecutors in Texas who signed on to a joint statement over the summer vowing not to pursue abortion-related charges.

On Saturday, Middleton, a Democrat, clarified his earlier position and said he would review the facts of each case before making a decision on whether to prosecute.

After the U.S. Supreme Court overturned Roe v. Wade this summer, their decision ended the constitutional protection for abortion and activated a new law in Texas that makes performing an abortion a felony punishable by up to life in prison and has only narrow exceptions to save the life of a pregnant patient.

Ogg, who represents the state’s most populous county, said pursuing such cases is impractical.

“Our resources are so few to deal with the rise in violent crime,” said Ogg. “So the idea that law enforcement is going to spend a lot of time investigating [abortion cases] seems low.” She added that she was not sure how a law enforcement officer who lacks medical training would go about proving that a decision grounded in scientific evidence is illegal.

Ogg added that she is disturbed that the state’s abortion laws provide no exceptions for rape or incest and hopes that members of the Texas Legislature revisit the law next year. Some Republicans have expressed a willingness to add new exceptions to the abortion law.

A group of conservative lawmakers have developed a plan to circumvent any district attorneys who refuse to enforce abortion laws. State Rep. Briscoe Cain, R-Deer Park, said he’d introduce legislation that would empower district attorneys from across the state to prosecute abortions outside their own county.

Wiley said that even though she is against abortion, she finds criminal penalties for abortion providers “concerning.” And she opposes the idea of district attorneys pursuing charges against individuals outside of their own counties.

“I know my personal beliefs, but I don’t want to impose my beliefs on you or someone else,” Wiley said. “This battle has been going on since the ’70s and now we are taking it to a whole new criminality — that was unexpected.”


Stay on top of San Antonio news and views. Sign up for our Weekly Headlines Newsletter.
© 2023 San Antonio Current