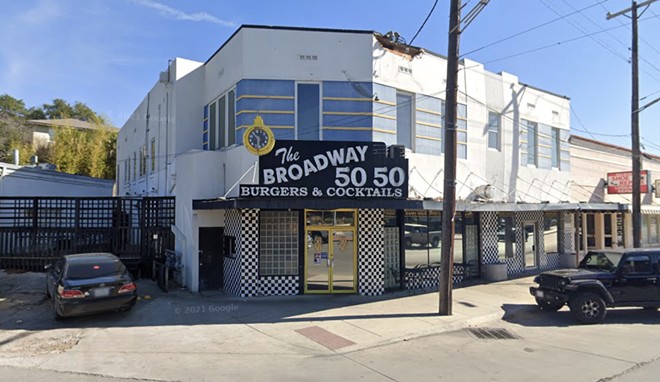 The longtime friends and business partners revealed the new pairing Tuesday. Peña — responsible for the launch of high-profile cocktail spots such as the Brooklynite and Three Star Bar — told the Current he'll introduce an updated bar menu, improved food offerings, aesthetic adjustments and new programming for the 5050.

“I don't know if we can really recreate the original feel, but I think we can kind of gear towards a more classic look for the space, making it comfortable, more approachable,” Peña said. “We're just breathing new life into the space: giving it not only a slight physical facelift but adding content that I think is meaningful.”

The new programming will include Yacht Rock Tuesdays, featuring a playlist of the smooth '70s hits and what Peña calls “trash Tiki cocktails," such as a new spin on the classic Painkiller. Usually made with rum, pineapple and orange juices and cream of coconut, the 5050's will include Sunny Delight standing in for the fruit juices.

More conventional drink additions will include beer-and-shot combos and the expansion of the back bar offerings. The kitchen will offer a more refined approach to American fare — not to be confused with “expensive,” Peña said. He didn't offer specifics about the new offerings, however.

The Broadway 5050 has been slinging booze since 1947, and the building’s facade reflects many of the era's aesthetic touches. Similar mid-century details will make their way inside by way of new paint and neon, Peña added.

“The exterior is really remarkable, with the checkered white and black facade and the cool neons. So we're talking about bringing some of that exterior element inside and giving it more of a classic feel," he said.

"I think we can still keep a lot of the tchotchkes, but we’re just going to make it very clean and classic with some interesting elements. We're looking at fixtures and wallpaper — nothing crazy. But this is the best part, the creating. I think PJ has a gem, it just has to be polished a little bit.”

The first changes will become apparent to regulars this weekend, including the updates to the food and drink menus and the expansion of the liquor selections. The addition of new dining room furniture and upgrades to the bar's outdoor space will take place over the longer term, according to Peña.