Chef Stefan Bowers will open City-State early next year at the 1221 Broadway Lofts. 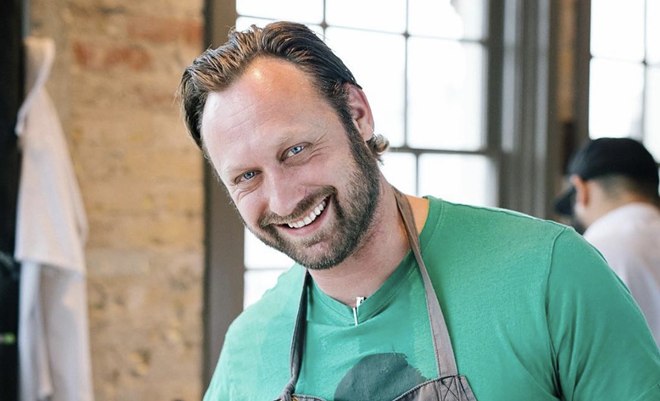 The chef, known most recently for Playland's irreverent approach to artisan pizza, shared plans for City-State on social media Thursday, describing the spot as "scrappy" rather than "fancy."

Slated to open early next year, the concept will be a bar-centric neighborhood eatery with booth seating and an onsite market, he added.

This spring, Bowers left his post as executive chef of the Goodman & Bowers Restaurant Group — which had operated elevated dining spots including Italian restaurant Battalion and Haunt at the St. Anthony Hotel — to relaunch and helm Playland.

Shortly after that transition, however, the chef said he was “asked to consider moving” from the space at 400 E. Houston St. In June, the former pizzeria became San Antonio’s first Voodoo Doughnut location.

The Current reached out to Bowers for more details on City-State’s menu, bodega products and opening date. He was unavailable at press time.