The new spot will feature a 175-foot ferris wheel, a secret garden speakeasy and a greenhouse for weddings and events. 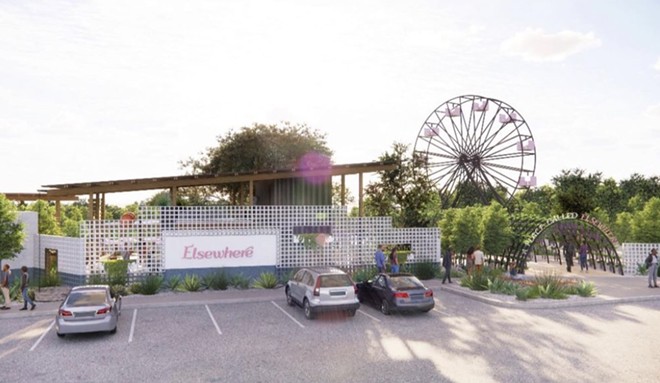 Instagram / elsewhere1604
Elsewhere Too owner Terrin Furhmann said the venue's ferris wheel will be visible from the highway.
When the owners of popular downtown hangout Elsewhere Garden Bar and Kitchen announced their purchase of six acres on the city’s North Side, many were curious as to what kind of Insta-worthy installations the group would create at the second location.

Now, they’ve released renderings of the new venue, called Elsewhere Too, which include a 175-foot ferris wheel, secret garden speakeasy and sprawling greenhouse for private events and weddings.

Beyond the whimsical features, Elsewhere Too will boast a larger kitchen and bar than the original Elsewhere location, as well as a dedicated dog park area and a kiddo-friendly play area, Fuhrmann told the Current in May. The bar and eatery also hopes to strike partnerships with groups that can stage on-site immersive experiences. 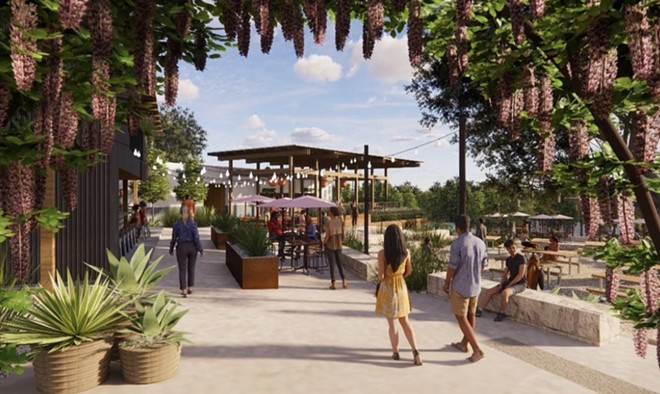 Instagram / elsewhere1604
Elsewhere Too its slated to open mid to late 2023.
Elsewhere's flagship location at 103 E. Jones Ave. opened in 2020 when the owners took over the riverside property formerly occupied by chef Andrew Weissman's fast-casual restaurant The Luxury.

Elsewhere Too is being designed by Lake|Flato Architects. It is slated to open mid to late 2023, according to social media posts.