Classic styles, while never gone, seem to be finding new fans in San Antonio even as sweet adjunct beers and hazy IPAs bursting with tropical flavors continue in popularity. 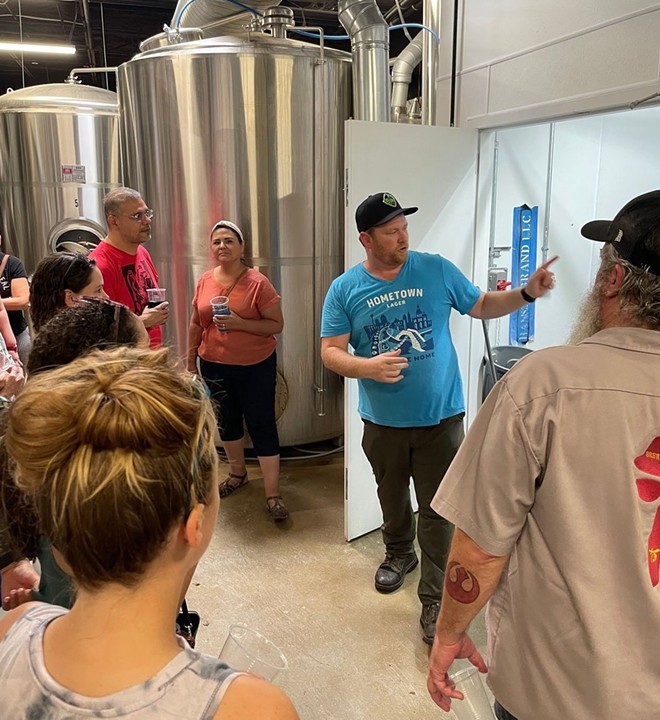 It's not unusual to see a group of seasoned craft brewers talking shop over pints and wishing that more imbibers would show an interest in their favorite brewing styles.

In many cases, those brewers are harkening back to a time when Americans were just discovering classic beer styles — mostly of European heritage — that had been lost during a century of homogenization by U.S. breweries.

In recent years, many of those classics, from the once-ubiquitous pale ale to the rich and velvety porter, occupied a space between the still-strong market for mass-produced domestic light beers and specialty brews that are competing as adult smoothies or something akin to a liquid patisserie.

However, a new trend seems to be emerging from both ends of the spectrum as light beer drinkers discover more flavorful pilsners made in their own city and dessert-beer drinkers find happiness in a well-made Irish-style dry stout where the grain does most of the work instead of ingredients from the candy aisle.

Everything old is new again for these consumers, and more Alamo City brewers and breweries are welcoming them with full hearts and fermenters.

"I guess I've gained a reputation as a classic brewer, but I've never thought of myself as that at all," said Jim Hansen, founder of Second Pitch Beer Co. "I like to brew beers that have a history and a story behind them. I don't want to throw Oreos or doughnuts or what have you into the mash."

Hansen brewed professionally in California for a decade before moving to San Antonio and planning Second Pitch, which has a lineup that includes the California common-style Hometown Lager, a West Coast IPA and true-to-style Bavarian hefeweizen.

A fan favorite at the brewery, especially for the warmer months, is the Czech-style pilsner Duke of Bohemia, made as a passion project of Paige Martin, who heads Second Pitch's quality control and sales.

"People are looking for more eccentric beers," Hansen said of some imbibers seeking out beers that taste like cake, pie or pickles. The fact that he doesn't make those kind of beers "doesn't come from a place of snobbery at all. People are drinking for fun."

To Hansen's mind, those boozy, flavored stouts and other attention-getting brews can serve as gateways to the classics.

"The curiosity of the consumer is helping not only the curiosity beer, but also the classic styles," he said. "They might ask, 'What is this pilsner I've been hearing about?'"

The opposite was true for most of the past three decades. The lighter-style classics were the gateway to full-bodied ales and sometimes to hop-forward interpretations of Old World brews.

Blue Star Brewing Co., the Southtown brewery that's Texas' second-oldest surviving brewpub, has stuck with the same basic recipes for pilsner, pale ale, dry stout, amber ale and American wheat beer for 26 years. For many in San Antonio, Blue Star provided their first taste of American craft beer and broke them out of the comfort zone of mass-produced light lagers.

By the late 1990s, that curiosity drove consumers to places like the original 54-tap Hills and Dales and the Flying Saucer Draught Emporium to try imported English ales and German lagers alongside American-brewed representations of tried-and-true styles from a handful of breweries, mostly outside of Texas.

"It's kind of always been this way. It's been cyclical since the craft beer movement started," said Jason Davis, director of brewing operations at San Antonio's Freetail Brewing Co.

Davis, a professional brewer in Austin and the Alamo City for more than two decades, has noticed a progression in the tastes of beer makers as they learned their craft in the early days of the movement: lagers to pale ale to IPA, then back to lagers.

Mastering those classics and their variants, along with porters and stouts, provided brewers a base from which to experiment with different malts, hop varieties and yeast strains, Davis said. That experimentation gave us West Coast IPA early on and now even more American IPA interpretations such as the dry brut IPAs and hazy IPAs.

Starting with those classics was key to getting everything else right, Davis added. Those tried-and-true brews offered a template to follow and clear goals for proper clarity, color range, malt character, aromas and specific gravity, a measure used to reach a desired alcohol content.

That early mastery has led to what might seem like big swings in craft beer trends, but they were all built on a combination of historical data, experience and experimentation.

For example, Freetail's Great American Beer Festival Gold Medal-winning La Muerta, a Russian imperial stout, could build off a few examples of the rare classic British style exported to Russia and a handful of even boozier American interpretations.

Classic styles, while never gone, seem to be finding new fans in San Antonio even as sweet adjunct beers and hazy IPAs bursting with tropical flavors continue in popularity.

"I wish I had a lot of forethought to know classic styles would come back around," said Randy Ward, brewer of the High Wheel line of beers and co-owner at Dorćol Distilling + Brewing Co. Instead, Ward just set out to brew what he enjoyed and wanted to share that with others.

English ale imports such as the creamy Boddingtons and Newcastle Brown Ale, along with German lagers including Paulaner's hefeweizens, Oktoberfest Märzens and crisp helles provided Ward's introduction to the wider world of beer in the early days. They also informed his eventual foray into homebrewing and professional beer making.

High Wheel's biggest seller, which is on draft and in cans and retailers such as H-E-B, is a classic Kolsch beer dubbed Betty, and it makes up half of the brewery's sales. An Irish red ale, a roasty porter, a West Coast-style IPA and a Belgian farmhouse beer-inspired saison round out the regular offerings.

"Ironically, when we started making Kolsch, I felt like we were an outlier," Ward said.

In 2017, there were fewer than 200 Kolsch-style beers entered in that category for judging at the Great American Beer Festival. The style is now second in entries only to IPAs, boasting more than 400.

Ward says he's now venturing into the hazy, New England-style IPA trend, but only after having spent time at the Vermont brewery where the style was created and learning the dos and don'ts of making it right.

"It makes the industry so much better that there are people out there doing creative stuff," Ward said. "But sometimes someone just dives in there and starts throwing things together. ... You have to walk before you can run."