Raising a Glass: San Antonio Beer Week has moved to October and now boasts a more diverse board

Beer Week's board of directors will feature two female brewers for the first time in its 11-year history. 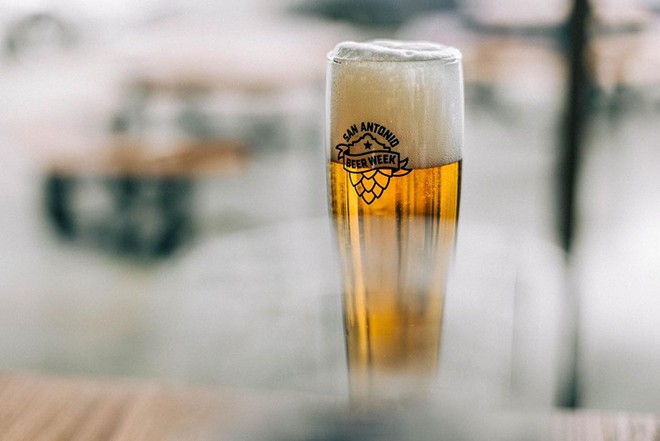 After a two-year pandemic hiatus, San Antonio Beer Week has made its return.

From Oct. 15-22, local breweries will highlight and celebrate their creations — and, for the first time, the event is timed to coincide with the San Antonio Beer Festival. Previously, it took place in June.

This year's return also marks another first. Beer Week's board of directors will feature two female brewers for the first time in its 11-year history.

"We weren't necessarily chosen because we're women. I'm happy simply that we were the best people to fill the positions, regardless of gender," Young said. "I never once had anybody say to me, 'You're gonna do great here because you're a woman.' But I've had people come up to me and say, 'You've started, founded and run a business. I think you can get things done. I'm voting for you.'"

Even so, Young said she was surprised to be nominated because she isn't a professional brewer but rather the owner of a business serving craft breweries.

Martin says she's excited but a little nervous to be a board member this year.

"Even though San Antonio Beer Week is a small, kind of grassroots movement, within our beer community, it's a big deal," Martin said. "It felt good that the other breweries in town trusted us to take the lead."

Martin is heading into San Antonio Beer Week following a summer in which Second Pitch won four medals between the U.S. Beer Open and the World Beer Cup, two of the highest-profile brewing competitions.

San Antonio Beer Week 2022 kicks off with the San Antonio Beer Festival on Saturday, Oct. 15 at Crockett Park. That's followed by the Brewer's Olympics on Thursday, Oct. 20 at Freetail Brewing Co. — an event which pits local beer makers against each other in events including a malt sack race, keg bowling and a hose-and-clamp race.

The Saturday, Oct. 22 closing ceremony will take place at Flix Brewhouse and feature the unveiling of a collaborative beer — a double cold IPA — produced by participating Alamo City breweries. The closing ceremony is a ticketed event.

This year, local breweries had the freedom to customize the collaborative beer and offer their own versions. For example, Second Pitch plans to do a fruited version, and Young is lobbying for breweries to try a hazy IPA version.