'Our governor, our lieutenant governor … they have done nothing since that massacre to make it more difficult for the next massacre to take place,' Popovich said. 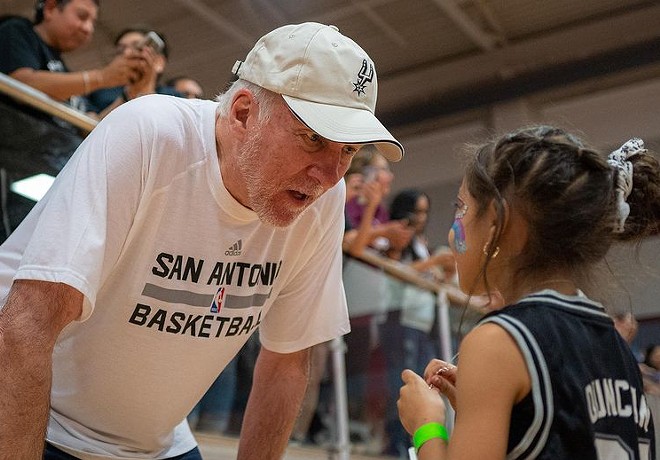 The outspoken coach's comments came a day after the Spurs practiced in Uvalde to comfort a community still reeling from the deadliest school shooting in Texas history.

Parents of the 19 children slain at Robb Elementary School on May 24 have repeatedly urged Abbott to call a special session to pass new gun restrictions. Two teachers also died in the tragedy.

“Our governor, our lieutenant governor … they have done nothing since that massacre to make it more difficult for the next massacre to take place,” Popovich said, according the daily.

The comments ware just the latest verbal salvos Pop has directed at Republican politicians. The coach made national headlines in 2020 when he called Donald Trump a "deranged idiot" during an interview with the Nation.

Popovich has also had plenty to say about gun violence. In 2019, after a pair of high-profile mass shootings, the NBA's longest-tenured coach said it was time "people in power got off their asses" and did something to enact gun reform.

In his comments before Sunday's game, Popovich said he struggles to understand politicians' unwillingness to address gun reform, according to the Express-News.

“It can’t just be beholding to the [National Rifle Association] and the image, the pay for the job, the position, the power. It just can’t be that," he said. "If that’s it, we don’t really have a country. The fiber will disintegrate over time, and we will die from within, just like every other great nation has done.”

Pop also targeted Abbott for his lack of leadership following the shooting, the Express-News reports. Initially, the governor provided wrong information on the police response and later claimed he was "livid" to have received inaccurate details.

“He was more livid about that because he was personally embarrassed because he got told some bad info," Popovich said, according to the daily. "That’s just incredulous to me. He expressed more emotion and frustration in that than he did the massacre of children and teachers. Disgusting.”