Sen. Ted Cruz flipped off, told to 'go back to Cancún' when he attends New York Yankees game

The following day, Cruz appeared on The View, where he refused to admit Biden won the 2020 election. 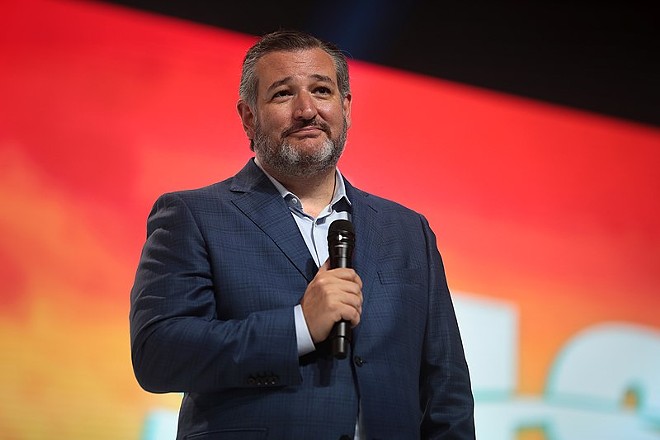 Case in point: the Republican's visit to New York's Yankee Stadium on Sunday to watch the home team take on the Houston Astros resulted in a barrage of taunts, boos and middle fingers, according to social media posts.

“Ted Cruz getting a proper Yankee Stadium welcome tonight,” read one Monday tweet showing at least three Yankees fans flipping the bird at Cruz while he waves to the stands. Meanwhile, a fourth gives America's armchair insurrectionist a thumbs down.

TikTok videos unearthed by New York Magazine also show Cruz being booed and jeered by members of the crowd, some of whom tell him to "go back to Cancún" and call him a "fucking loser."

Cruz confirmed his loserdom the following day during an appearance on The View, where he defended his pantywaisted response to Donald Trump calling his wife ugly and refused to admit that President Joe Biden won the 2020 election.