The San Antonio native had the opportunity to create the backstory for the tough-as-nails Latina space marine Pvt. Vasquez. 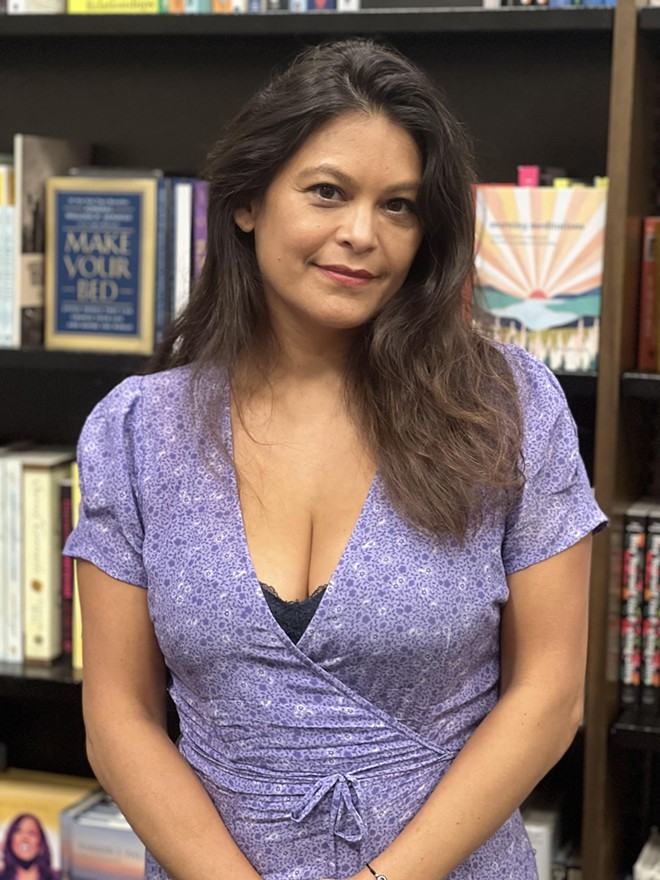 Ever since she was a little girl, San Antonio native Violet Castro has been attracted to horror. She wasn't just reading books like Alvin Schwartz's Scary Stories to Tell in the Dark while in elementary school but being terrified by films such as The Exorcist and A Nightmare on Elm Street.

After graduating from Clark High School in 1998, Castro left Texas to attend Drexel University in Philadelphia where she earned a degree in political science and history. She began working at a real estate investment trust and was making money to pay her bills and student loans. Over the years, however, Castro started to realize there was something missing.

"I didn't really have that passion," she said. "As the years wore on, it wasn't fulfilling for me. I was missing that fire."

Castro tapped into that fire when she started writing fiction about 15 years ago, leaning into her longtime love of horror. Her first book, Maria the Wanted and the Legacy of the Keepers, a vampire narrative she self-published in 2018, led her to pen others including Goddess of Filth, The Queen of the Cicadas and Hairspray and Switchblades.

Although moviegoers got to learn little about the tough-as-nails Vasquez's history in the movie, Castro had the opportunity to create her backstory. Born to an immigrant family, Vasquez spends time running with a street gang and goes to prison before following in her mother's footsteps and enlisting in the military. She has no idea fighting Xenomorphs will be part of her future.

During our interview, Castro, who currently calls London home, talked about what drew her to a strong Latina character like Vasquez and the challenge of writing a story around material she couldn't change.

Aliens: Vasquez was released on Nov. 8 by Titan Books.

What are some of the folklore stories you remember hearing growing up in San Antonio?

I heard all the urban legends. I grew up with all those stories. I had my mom take me to all the haunted spots in San Antonio. I would tell everyone about the ghost tracks and the baby powder. That always stuck in my mind. There was also La Llorona and La Lechuza.

What led you to write a novel about Pvt. Vasquez?

You know, our generation didn't really get a lot of Latino representation in the media. As I got older and I started reading more, I realized that all these stories were written by white men. I also want to write the story of Anna (Elpidia Carrillo) from [the 1987 movie] Predator. We need those characters to be front and center. The time is now.

Is there room in the horror genre to write stories that speak to deeper themes rather than just focus on conventional horror elements?

Absolutely. In Aliens: Vasquez, there are Xenomorphs and, yeah, [Vasquez is] a badass, but I also wanted to touch on her upbringing and racial profiling. I wanted to talk about being a woman of color in something as male dominant as the Marines. So, I think there is room to entertain and to make a statement. Those things stick in your mind.

Did you feel any pressure because you were writing a spinoff for a franchise that has a mass fanbase?

There were certain things that were written by [Aliens writer and director] James Cameron that I couldn't change because they're considered canon. So, I had to work around them and build on what was already done. For me, it was more important to get the story right and to get her story out there in an authentic way and beyond what was already written about her.

So, you had to keep her red bandana.

Well, I wanted to keep it. In the book, I tell you the origin story behind the red bandana.

Would you like to see Aliens: Vasquez adapted into a feature film or TV series?

I'd like to turn all my books into screenplays. I think [my 2023 novel] The Haunting of Alejandra would make an excellent movie. I would love to write the Aliens: Vasquez screenplay.