The deal sets in motion the team's probable move from the aging Nelson Wolff Stadium to a still-to-be-developed downtown ballpark. 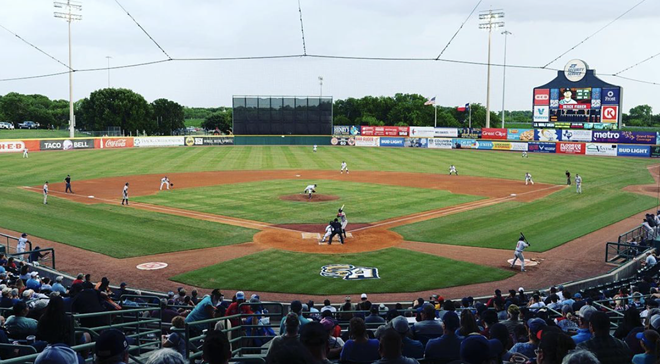 The deal would put the Missions under local ownership for the first time since the 1980s. It also sets in motion the team's probable move from the aging Nelson Wolff Stadium to a still-to-be-developed downtown ballpark.

“Local ownership is essential to ensure the long-term success of the Missions for our community,” said Hill, a Spurs owner who will serve as the point person in the Mission’s relationship with MLB. “Our group is excited to bring passionate and experienced local ownership to our professional baseball team in San Antonio and carry on the tradition of baseball in San Antonio that started in the 1880s."

Ryan Sanders Baseball — part-owned by former MLB pitcher and Texas native Ryan — will serve as the team's owners and operators, according to Missions officials. The group founded the Round Rock Express in 2000 and the Corpus Christi Hooks in 2005 and also oversaw the development of stadiums for both teams.

After his pitching career, Ryan also served as CEO of the Texas Rangers, then as president of business operations at the Houston Astros.

The Missions are an affiliate of MLB’s San Diego Padres.