Dustin McCann called a security guard the 'N-word' before leaving the club and firing his gun, witnesses say. 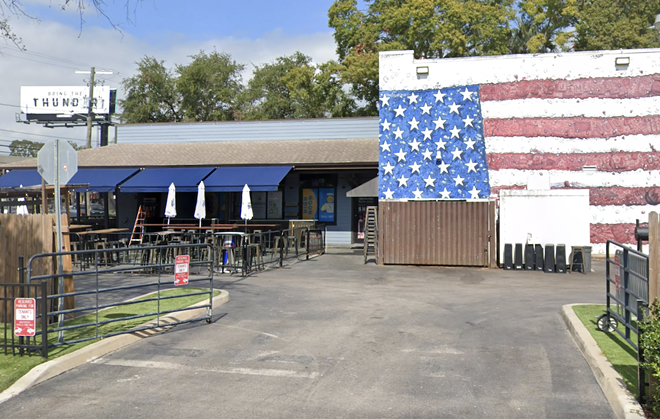 Dustin McCann was kicked out of SOHO Saloon before he fired shots, according to Tampa police.
A Texas man who is accused of hurling racial slurs and firing his gun outside of a Tampa, Florida bar while shouting "white power" has been arrested and charged with a hate crime.

Just before 9 p.m. on November 21, 2022, the Tampa Police Department received calls claiming that shots had been fired outside of the SOHO Saloon, located at 410 S Howard Ave. in South Tampa.

Dustin McCann, 30, of Dallas was kicked out of the bar after repeatedly calling a Black security guard the "N-word" witnesses say.

After security removed McCann from the property, he entered his vehicle, which was parked across the street. As he drove away, McCann fired multiple gunshots from his vehicle into the air while yelling "white power."

TPD detectives identified McCann and obtained a warrant for his arrest. On Tuesday night, with the aid Arcadia Police Department, McCann was found in Arcadia and arrested on four counts of aggravated assault with a firearm and one count of discharging a firearm from a motor vehicle.

"Racist conduct like this has no place in our community, which is why our Tampa Police Officers worked swiftly to find this suspect in less than 24 hours and bring him to justice," said Chief Mary O'Connor. "He will now be held accountable for his criminal actions."

All of the charges will be enhanced under Florida State Statute  775.085, called "Evidencing prejudice while committing offense" and also known as "Hate Crime Enhancement."

McCann is from Texas, according to the Conan Daily and McCann's own LinkedIn, which says he is a property claims adjuster based in Dallas. On his LinkedIn account, he wrote that he was "WILLING TO TRAVEL ACROSS COUNTRY" for work.

On his Facebook, which is linked to his business, and where he refers to himself as "Dusty," there are photos of former President Donald Trump and several confederate flag images.