By Page Graham and Chris Conde 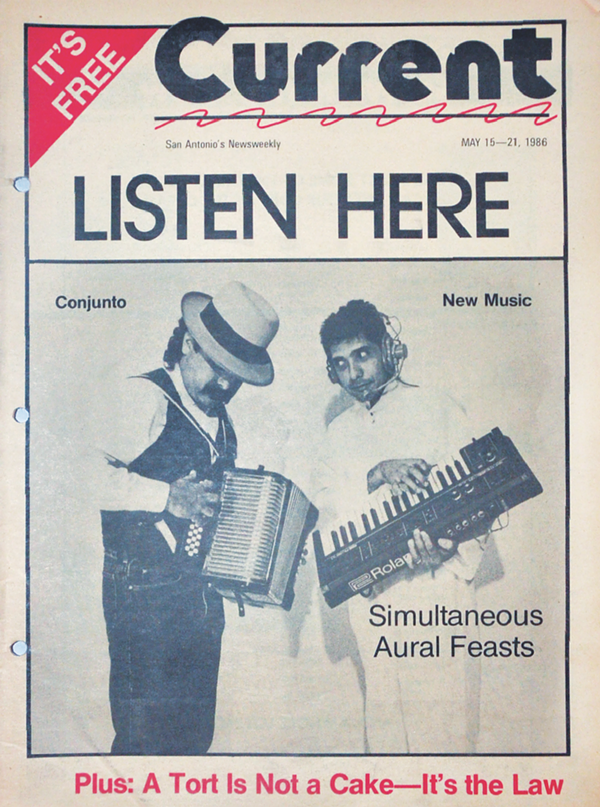 Let’s step into the Wayback Machine to check out San Antonio’s mid-1980s music scene. Back then I was a television director for Univision, sound guy at Earfood concerts, and an occasional Current freelancer. The dominant live music genres were Tejano (yes, I worked with Selena) and heavy metal (gee thanks, Joe Anthony and KISS-FM). And, of course, country and folk were well-represented. New wave was relegated to a few cover bands playing MTV’s greatest hits. But aside from this mainstream, there was a cross-cultural community of local musicians who created a unique San Antonio sound.

It all grew out of the 1960s, when bands like the Sir Douglas Quintet, formed by the legendary Doug Sahm, briefly reached international prominence. Similarly, performers like Freddy Fender, Flaco Jiménez and Augie Meyers provided meaningful contributions to the local music scene. Ironically, they would once again rise to even greater prominence when they came together as the Texas Tornados in 1989.

“It’s important to look at the past history of music in S.A. since the 1920s,” says Earfood bandleader and retired Express-News music writer Jim Beal, Jr. “San Antonio has always been a vital part of music in the United States.”

There was indeed a vital local music scene. It could be found in dive bars and ice houses such as the legendary Los Padrinos, Beauregard Café, The Ize Box, The 12th Hole, Brazakas Reef, Good Time Charlie’s and the Meridien. These places came and went, due to financial woes or other issues, especially noise complaints. The ice houses like Los Padrinos had the hardest time with noise, being open to the outside air to catch the evening breezes. For some reason, the neighbors didn’t appreciate the music. 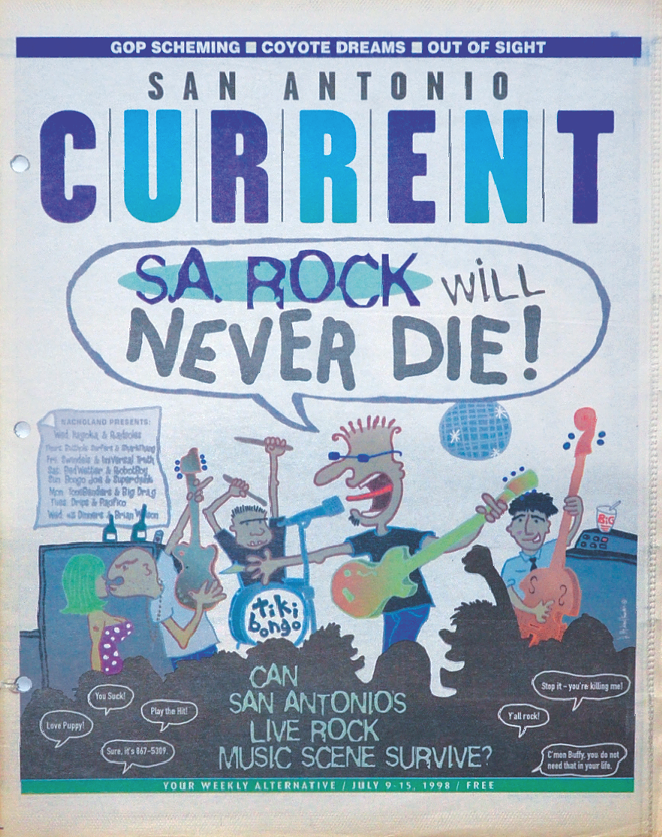 Looking back, local bands fell into two camps. There were Alt bands like the newly-formed Infidels and the iconic Butthole Surfers, and there were Roots bands like Earfood, Los #2 Dinners, the Smith Brothers and Claude Morgan & The Blast. But back then, hardly anyone made that sort of distinction. They were all “local” bands. Music hadn’t yet been subdivided into sub-genres like post-punk, goth, trance, house, etc. More often than not, the choice of venue was the primary factor. My favorites tended to be the Beauregard (because I could walk home) and Los Padrinos (because it was so fucking cool). You just knew that whoever played there was going to be good.

What were the key differences in the local music scene between then and now? Most of the action occurred on the weekends, there were no Monday-night 10-band paloozas. The venues were fairly small – no Paper Tigers back then. And most importantly, there was no internet. That meant we had to grab a copy of the Current or read Beal’s “Nightlights” column in the E-N to find out what was coming up that weekend. Perhaps check out the band posters at Hogwild Records.

Or just show up at our favorite club – that was what we called social networking in the 80s. — Page Graham