The Wolfpack Brings Together LGBTQ Women Across Texas 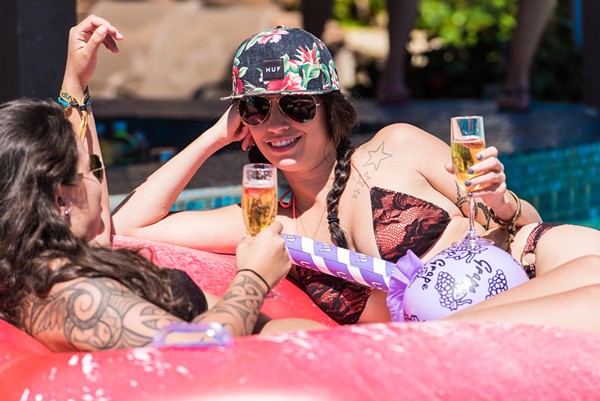 Lesbian bars have been shuttering across the nation, including in Austin. But the liberal mecca has no lack of LGBTQ women. Michelle Solorzano Daly, a Purple Heart Army veteran, and her partner, event planner Kelly West, saw an opportunity to provide a home base for the community.

Three-and-a-half years ago, they formed a brand to promote and host events: The Lesbutante and The Boss. West, a former sorority girl and debutante, goes by the first moniker. Daly, an MBA and pants-wearer, is The Boss. L&B for short, the two began throwing free events in Austin for LGBTQ women.

After seeing this group’s hunger for community, they decided to go bigger. They formed Wolfpack Productions two years ago with several of their best friends and planned Plezzure Island: the state’s first resort takeover weekend for LGBTQ women.

The inaugural event took place in Galveston in September 2016. It attracted women from across the state, including San Antonio.

The core group goes by The Wolfpack (which consists of Daly and West, plus Ashley Marshall, Gabby Ayala and Chelsea Tucker) and is gearing up for the second Plezzure Island — this one a four-night event at a beachfront resort in South Padre Island.

Running from September 28 to October 1, it will include pool and beach parties, DJs, dancing, speed dating, and even a neon bash and PJ soiree, Tucker says.

The Wolfpack sees it as a Texas alternative to Dinah Shore, an annual lesbian party weekend in Palm Springs, California. “For years the only options were on the West Coast or East Coast, which is pricey and difficult to get to for Texas women,” Ayala says. “We now have our own space on the third coast with easy access from San Antonio and surrounding cities.”

The group continues to host events in Austin, currently at the bar Sellers Underground, and San Antonio women are welcome to attend. Their staples are a monthly Ladies Night every second Friday and a monthly Thursday happy hour that benefits local nonprofits.

The Wolfpack has found success with this style of event. “We saw all of the lesbian bars closing in Austin, and instead of getting pissed off, we realized that maybe the typical model doesn’t work for our community,” Ayala says. They found that having events once or twice a month was better for community-building than having a bar open nightly. 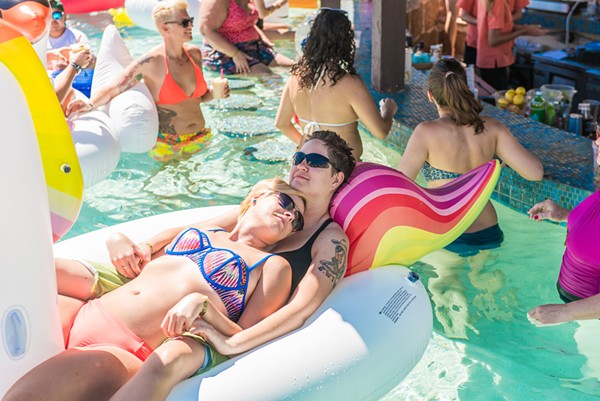 Their events aren’t just for lesbians; they’re inclusive of the diverse queer community and the organizers believe “y’all means all,” Marshall says. “There are so many incredible women in the LGBTQ community who are looking for a space [where] they feel loved and celebrated — we want anyone who comes to our events to feel like they’re leaving with an additional group of friends and support system,” she says. “With all of the legislation happening in Texas that targets trans women in particular, we are adamant in making sure that they have a space and experience where they can be themselves freely.”

The Wolfpack plans to eventually host parties throughout Texas, including San Antonio, and also outside the state. Yes, their events are a blast — I’ve been to a few myself — but their mission for the community goes beyond parties.

“Our goal is, and will always be, to increase visibility among LGBTQ women’s experiences,” Tucker says. 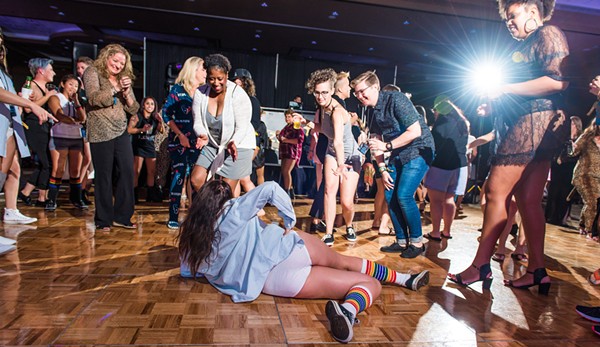 Marshall adds that by increasing visibility, they hope politicians and even marketing companies take notice and see that LGBTQ women have a place at the table. She hopes those who were once in her shoes — “little girls in East Texas who think they might be gay” — can see how successful, happy and fulfilled queer women can be.