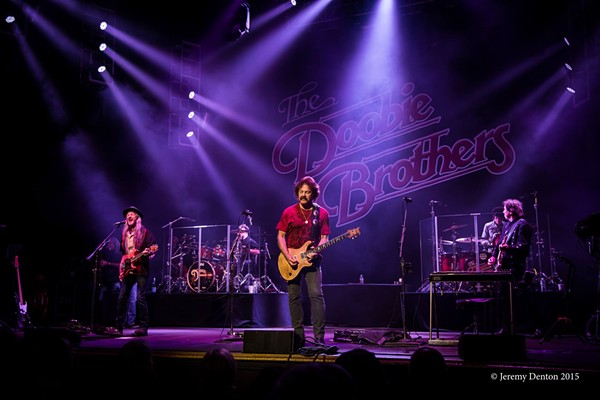 The rock gods said "Nay, brethren, for more rock we shall bestow unto you."

On Wednesday, April 18 Grammy-winning band The Doobie Brothers are gearing up to rock the Majestic Theatre. The show is also slated to bring a sense of hope, which I suppose all of us could use in these uncertain times. You know, like with the recent government shutdown and all.

"In a certain sense, what this band has always had in common with everyone else is the word 'hope,'" said original member Pat Simmons via press release. "We hoped we would make some good music, and we hoped there would be some acceptance, and we hoped that things would get better in the world. In that respect, we’re just the same – we’re still hopeful about the future."

The announcement comes just days after Journey and Def Leppard announced they'll be co-headlining a tour that will stop at the AT&T Center in August. With Foreigner set to headline the San Antonio Stock Show & Rodeo next month and Bon Jovi slated for a March appearance in the Alamo City, classic rock lovers have plenty to look forward to – and save up for.