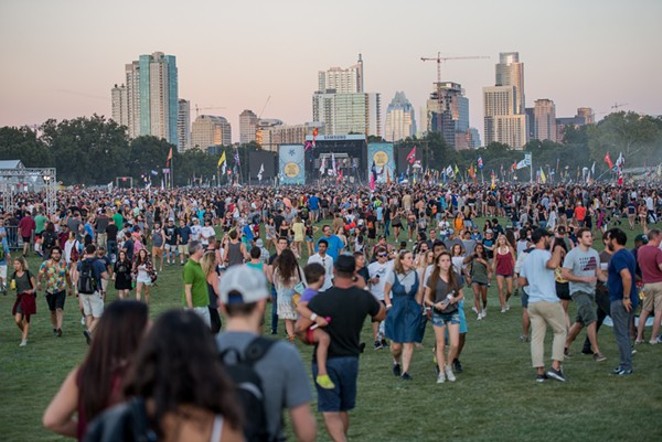 
With Austin City Limits being a day a way, the festival, which is in its 15th year now, is basically a beacon of live music ushering in the cool weather and Texas’ festival season ('cause who wants to stand outside in the heat for 10 hours). Minus our own River City Rockfest and the traveling festival Vans Warped Tour, which both respectively occur during the warmer months here in the Alamo City, we’re about to go into the thick of large music gatherings leading pretty much up to next year’s South By Southwest.


To help get you prepared for the next several months of huge crowds and loud music, here’s a breakdown of the festivals happening in our general area the next few months a few of the artists we're excited to see there.


Started in 2002 by C3 Presents founders Charlie Jones and Charles Attal, ACL is certainly one of the biggest music festivals in the world, and lucky for us, it’s right up I-35. This year, the fest boasts some heavy hitters including the illustrious husband of Beyonce (I said it like that and I meant it like that) Jay-Z, The Killers, Gorillaz, Red Hot Chili Peppers, and Solange to name a few. With Jay and Solange on the bill, our fingers are crossed for a queen Bey cameo.