A Few of Our Favorite Oddities and Attractions 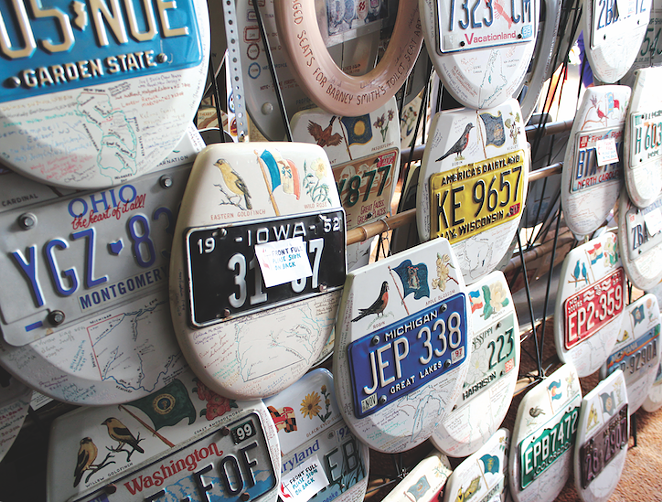 Natural Bridge Wildlife Ranch
“African Safari: Texas Style” is a pretty good description for this drive-thru ranch complete with big Texas trucks full of visitors spying on antelopes, zebras, rhinos and ostriches. Unlike Africa, where you might have to quietly sneak up for a long-range view of the wildlife, these Texas animals know the drill — and they’re hungry. You may not be prepared when a zebra sticks its head in your window or an ostrich stretches its neck through the car to nibble feed out of your hand, but you can shriek and laugh as loud as you want, they’re used to it. The 450-acre park offers an escape from the city and houses 500 animals representing 40 species ready to get up close and personal. You can also stretch your legs and watch the lemurs, kangaroos and giraffes at the walk-a-bout and take the kids (or adults) through the petting barnyard. 26515 Natural Bridge Caverns Road, (830) 438-7400, wildliferanchtexas.com.

Buckhorn Saloon & Museum
Ah, the good old days, when you could buy a pinch of whiskey with an antler or rattlesnake rattle. The Buckhorn Saloon’s proprietor Albert Friedrich and his wife Emilie knew their would-be customers didn’t have two coins to rub together and began accepting frontier goods as payment. Pretty soon, these curios covered every wall to the ceiling and the famous hall of horns was born. After a 30-year stint at the Lone Star Brewery, Friedrich’s ancestors moved the collection back downtown near its original location. You can still see Emilie’s rattlesnake art at the expanded saloon and museum, which includes everything from wildlife artifacts and exotic taxidermy to shrunken heads and worldly oddities that recall old-school circuses and Buffalo Bill’s Wild West. Saddle up to the bar for a beer (horns, sadly, no longer accepted) and devour some chicken-fried steak before checking out the official Texas Ranger “Ranger Town” exhibit, complete with a jail cell, shotguns and a replica of Bonnie and Clyde’s famed getaway car. 318 E. Houston St., (210) 247-4000, buckhornmuseum.com.

Barney Smith’s Toilet Seat Art Museum
San Antonio’s A-list attractions are easy enough to identify and tick off on a familiar to-do list, and there are good reasons each of them has found its way on there, but if you’re truly interested in local color and homespun charm, starting at the top of the B-list with Barney Smith’s Toilet Seat Art Museum is the best decision you didn’t know you needed to make. Behind a pair of corrugated steel garage doors in the heart of Alamo Heights hangs the heart and handiwork of 95 year-old master plumber and disarming raconteur Barney Smith. For decades, Smith has lovingly carved, shellacked, and otherwise tricked out an unrivaled collection of 1,272 toilet lids/seats and memorabilia, with subject matter ranging from Michael Jackson to local dog shows to the fall of the Berlin Wall. There’s a piece of the space shuttle Challenger and a flushing mechanism from one of Saddam Hussein’s palaces because … of course there is. And there are achingly sweet annual tributes to Smith’s wife, Louise, right up until she passed away in 2013. It’s almost too much to take. But the real attraction here is Barney Smith himself, hunched over, supported by a cane, as he walks visitors through the rituals of signing and cataloging their state’s seat and watching his brushes with fame on The View, The Montel Williams Show, and CBS This Morning on his trusty old VCR. 239 Abiso Ave., (210) 824-7791, facebook.com/satxtsam.