Typically, our home slideshows focus on interesting properties in San Antonio proper, but we couldn't resist this rustically beautiful 1800s property in the nearby town of Castroville.

Castroville was settled by immigrants from Alsace, a French region that borders Germany and Switzerland — and that influence shows in this $470,000 property formed when two 1840s homes were connected by a covered walkway. One of those houses was built in the Alsatian architectural style and has a historic designation, while the other is primarily German architecture.

Even if you're not hip to the subtleties of those Old World styles, it's clear the combination of the two dwellings is as far as you can get from a suburban McMansion. Cypress beams support the ceiling and even feature in some of the walls. The floors are wood and stone, and there's even an original rock-lined cellar.

This home is listed by Sandra Cordova with Summers Cook & Co. 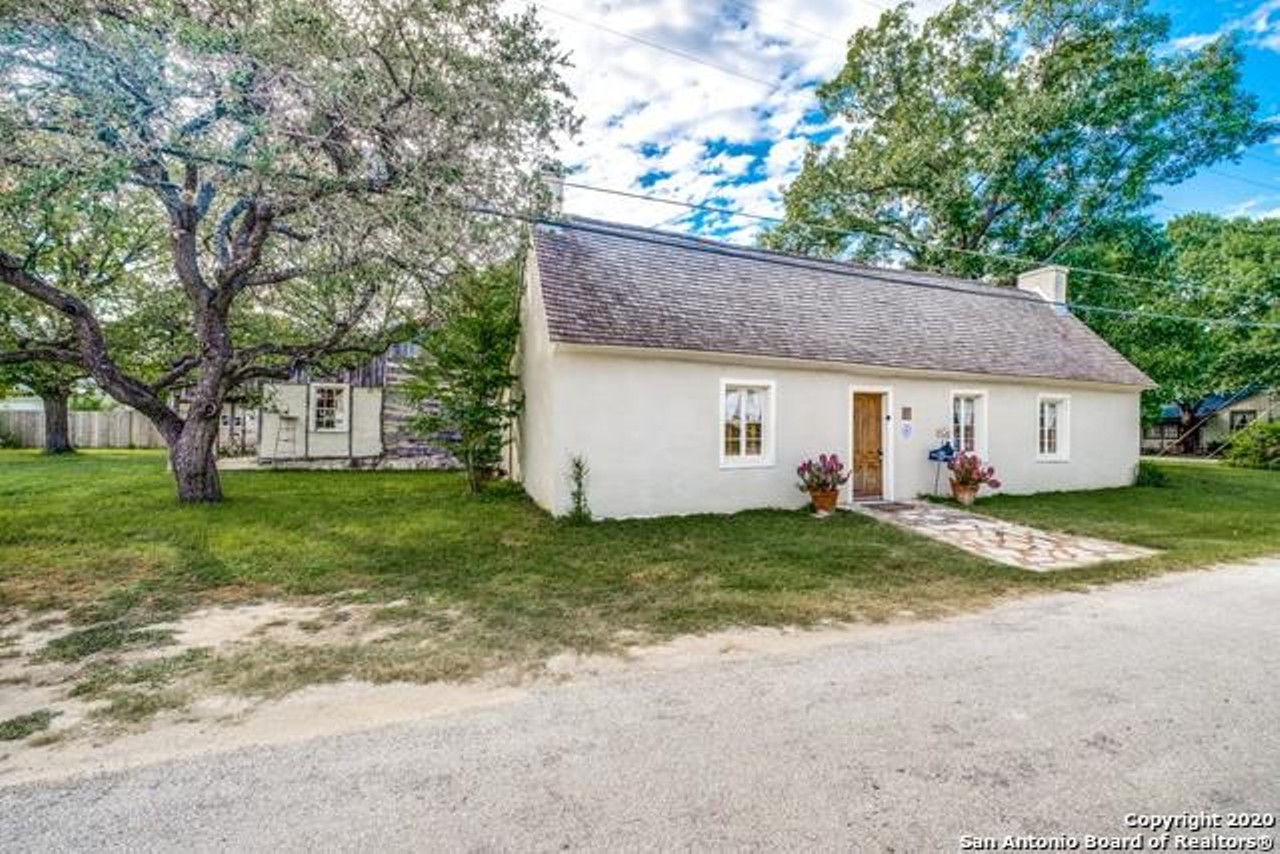