A Look Back at the Current's Early years 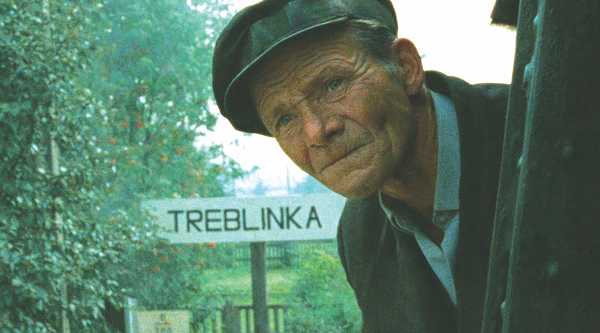 When the debut issue of the San Antonio Current rolled off the presses in April 1986, it contained the first of more than 500 reviews, features, and columns — on films, books, plays and other subjects — that I would contribute during the next 30 years. Editor Linda Matys O’Connell had invited me to review films and use as many words as necessary to do the job. Opening in town that week was Akira Kurosawa’s Ran, a brilliant samurai version of King Lear. It was one of the greatest films I have ever reviewed, and I had no problem turning in more than 2,000 words about it. When Shoah, a 9 ½-hour documentary about the Holocaust, came to San Antonio, I was not reduced to a brief plot summary.

During its earliest incarnation, the Current was a literary Shangri-la, a precious local venue in which writers could practice the long-form journalism found in the Atlantic and The New Yorker. That could be a prescription for self-indulgence, but it also encouraged imagination and innovation, a refusal to write by recipe. For more than a decade, the New Journalism of Tom Wolfe, Joan Didion, Truman Capote, Norman Mailer, Hunter S. Thompson, Gay Talese and other stylistic virtuosos had been making nonfiction exciting and compelling. It had also been challenging political presumptions and social norms. However, three decades after the founding of The Village Voice, the patriarch of alternative weeklies, the Old Journalism of who, what, where and when still reigned in San Antonio. 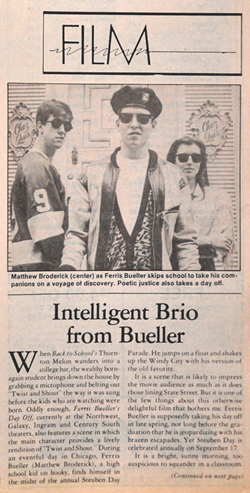 The Current's review of the 1986 film Ferris Bueller's Day Off

With fierce rivalry between the Express-News and the Light, San Antonio was a two-newspaper town, and they competed mostly through coupons, comics and crime. I was writing a twice-weekly column called “Chewing the Fads” for the Light. Though I relished the freedom to write about politics, books, popular culture, education and whatever else tickled my fancy, I was also constrained by space and taste. A column on hunting was killed because an editor feared it would offend readers. (He was an ardent stalker of wildlife, and the piece mostly offended him.) I jumped at the chance to write for the Current as well, though the Light soon went dark. In 1993, the Hearst Corporation, which owned the Light, bought the Express-News from Rupert Murdoch and proceeded to close down the Light. The alternative press became even more essential in a one-paper town.

The Current happened to be born the same day that IBM unveiled its first laptop computer. Those were pre-digital days, and being a regular contributor in the early years meant rushing down to the office and surrendering typed copy on deadline. There were no websites, so the Current was very much a paper, distributed all over town. Held in individual hands, it was not yet something lurking somewhere in the disembodied ether.

Linda and her husband Geoff O’Connell ran the Current with panache — renting upscale offices at the foot of Broadway and throwing elaborate, expensive parties. When they ran out of money, they ran out of town, neglecting to pay writers and others thousands of dollars. The Current’s deadbeat founders left behind a sour taste but also an appetite for independent thinking and lively expression. When some out-of-towners bought the Current and, managing it long distance with minimal local content, attempted to turn it into a generic McAlternative weekly, they failed. Over the years, other owners and other editors have struck their own balances between investigative reporting and lifestyle features, always contending with the tricky economics of manufacturing a product that readers get for free.

However, the Current has become an integral part of San Antonio’s growth as a vibrant and sophisticated city. It is no accident that the paper is roughly contemporary with such institutions as the Blue Star Arts Complex, Jazz’SALive, Jump-Start Performance Company, Tejano Conjunto Festival, KSTX, the San Antonio Museum of Art, Gemini Ink, URBAN-15, Esperanza Peace and Justice Center, and Santikos Bijou. It has outlasted Joske’s, Handy Andy, Datapoint, the Gunslingers, the Iguanas, and the Central Park Fox. The Current remains a witness, stimulant, and symbiont to it all.