A San Antonio Council Member and Mayor Ron Nirenberg are Calling for More Transparency at City Hall. But Is City Hall Ready?

Shutterstock
District 7 Councilwoman Ana Sandoval and Mayor Ron Nirenberg are pushing for a more open and accountable city government, which would include livestreaming more meetings and clearing obstacles for citizen feedback.
Critics say it’s about time.

In the midst of unprecedented growth, San Antonio is taking on major decisions about housing, transportation and economic development — all with huge implications for ordinary residents. At the same time, neighborhood activists point out, citizens don’t have easy access to the meetings where those important decisions are hashed out.

“There are two key factors driving this,” Sandoval said of her proposal, first floated in February, then updated via a recent memo. “First, the expectation for openness has increased dramatically because of the digital tools that are available. And, second, the city is growing faster than ever before, and [residents] are feeling the impact of that development more than they ever have before.”

Sandoval’s plan recommends livestreaming meetings of all planning and zoning, board of adjustment and council committee meetings, just as the city already does for council meetings. The first steps along that path could occur in coming weeks, when council will hear Sandoval’s list of minimum civic-engagement standards.

While most of Texas’ other big cities already provide video feeds of planning meetings, San Antonio has been slow to embrace the technology for much beyond council meetings. That lack of a video record, neighborhood groups argue, makes it hard to hold staff and developers accountable. 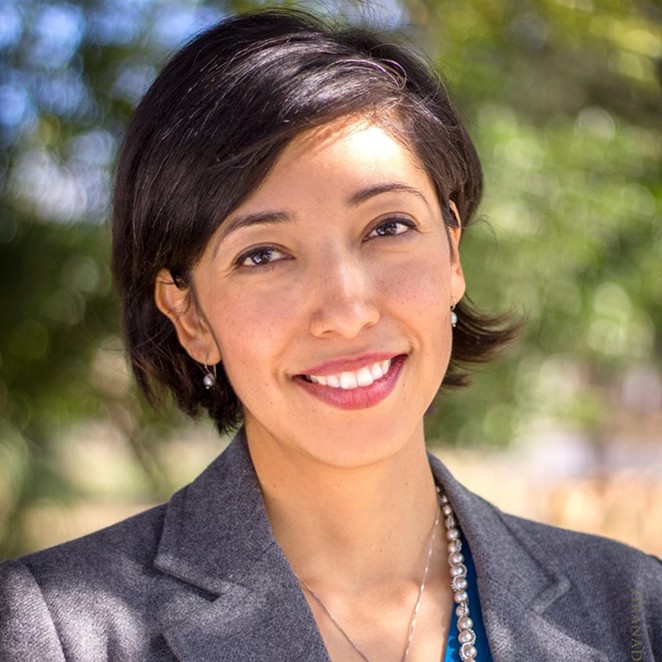 “The most important debates about San Antonio’s future are not happening in front of city council,” said Charles Cotrell, director of St. Mary’s University’s Institute of Public Administration, Politics and Public Policy. “They’re largely decided in other meetings before council gets its chance to weigh in.”

More video accessibility is vital since those important meetings often occur on weekdays, when residents are unable to break away from work or other responsibilities, said neighborhood activist Cynthia Spielman. Meanwhile, developers and other deep-pocketed interests have no problem carving out the time.

Spielman also worries that, no matter how pure Sandoval’s intentions, city staff could be prepared to undermine. Many entrenched bureaucrats, she points out, are just fine with the lack of transparency and accountability.

“I think a lot of city planners have a preconceived notion about what should be happening in our city,” she said. “And they’ll see more transparency and engagement as dangerous.”

But San Antonio Government and Public Affairs Director Jeff Coyle argues the City is already making strides on civic engagement. As evidence, he points to its shortened times for dealing with Freedom of Information Act requests, increasing use of online polls and success in gathering more citizen input on budget issues.

He also highlights SASpeakUp.com, a web portal aimed at giving citizens a chance to weigh in on issues and more easily find meetings that affect them.

Notably absent from the portal’s immediate plans, though, is streaming of more meetings. Coyle said the city is evaluating the “return on investment” of installing new AV equipment and hiring more staff to operate the unused equipment it already has in some meeting rooms.

“At this point, I don’t think there’s necessarily a huge demand out there in the public,” Coyle said, adding that council meetings currently command an average of just 500 viewers — half of them city employees.


However, the idea of attaching a corporate-style cost-benefit analysis to providing more video accessibility worries St. Mary’s Cotrell. Streaming technology isn’t new, and many residents — especially younger, tech-savvy ones — expect it as a bare minimum of public accessibility.

“There’s a serious problem with lack of trust in government, because people feel like they don’t know what’s going on,” he added.

To be sure, plenty of observers read voters’ November approval of a charter amendment limiting the pay and tenure of future city managers as a sign of their distrust of municipal government. Controversial City Manager Sheryl Sculley announced her retirement shortly after the vote.

Sandoval recently released a media statement praising the SASpeakUp portal. However, she said she sees its launch as a “first step,” not the ultimate solution to bringing San Antonio a more open and accessible city government.

“The takeaway is that the expectations are higher, and we’ve got to rise to meet them,” she said. “We want the public to know we’re doing good stuff with the input they give us. That it’s not going into a black hole.”