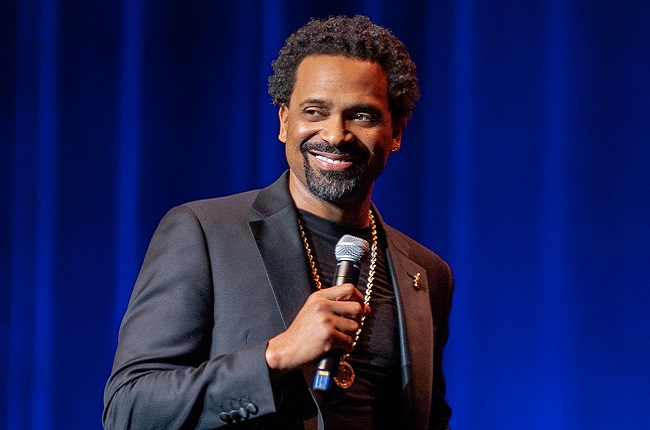 Courtesy of LOL Comedy Club
Mike Epps will be at LOL Comedy Club from Friday to Sunday.
There’s no denying comedian Mike Epps can bring the laughs, but if you haven’t seen his dramatic work too, you’re missing out.

Best known for films including Next Friday and The Hangover as well as TV series such as The Upshaws, Epps has done his finest acting work on dramatic projects that mix in comedic elements, among them Talk to Me, The Last Black Man in San Francisco and Dolemite Is My Name.

For the last few years, Epps’ name was attached to playing the role of comedic legend Richard Pryor in a feature film. While those plans never came to fruition, Epps was able to portray Pryor in the less-than-impressive 2016 film Nina about late musician Nina Simone. Epps will also play Pryor this year in a TV miniseries about the NBA juggernaut Los Angeles Lakers called Winning Time: The Rise of the Lakers Dynasty.

Until then, find Epps at a comedy club near you.

During an interview on Jimmy Kimmel Live, he described doing stand-up comedy as “scary fun” because of the ongoing pandemic. “You wanna get back out and you wanna make people laugh, but you’re still thinking about [how] you can get sick,” Epps said. “I’m loving it [and], so far I’ve gotten away with it.”