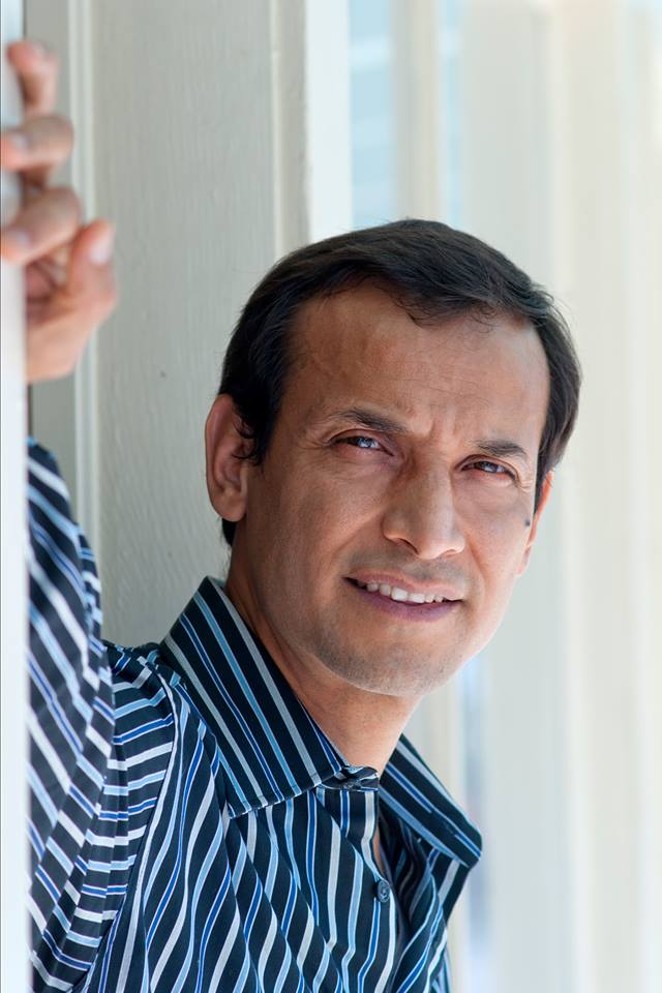 Actor Jesse Borrego (Blood In Blood Out, Lone Star, Con Air) will be presented with the Legacy Award on August 4 at 6 p.m. at SAFILM. His new film Closer to Bottom, which he directed and stars in, screens August 5 at 6 p.m.

Along with Closer to Bottom, four of Borrego’s other films will also screen: 1994’s Bienvenido-Welcome (2pm Sun, August 5), 1995’s Tecumseh: The Last Word (6pm Wed, August 1), 1996’s Follow Me Home (9pm Thu, August 2) and the world premiere of the 2018 romantic dramedy Colossal Youth (9pm Fri, August 3). The Current caught up with Borrego last week to talk about how he defines his legacy and how that has changed over the years.

How does it feel to be receiving the Legacy Award from SAFILM?

I’m honored. A lot of times, I think about what “legacy” means. Am I on the back half of my career, or what? (Laughs) I think what it means is that people appreciate your work. I’m quite proud that I’m receiving this award and proud to showcase some of the pieces that represent the less-known legacy of my career.

When you think back 25 years to Blood In, Blood Out, what stands out to you the most?

I was at the pinnacle of my career. It was the early 90s and the Latino wave was only being talked about. [Director] Taylor Hackford really embraced the Latino culture. There was a lot of energy put behind it. Taylor was really banking on me to bring a lot of authenticity to the project. Then, the [Los Angeles] riots happened and that completely change the landscape for distribution. I think a lot of our hard work got lost when Hollywood tried to squash this project because they were afraid of the ramifications.

After that, you ended up doing a lot of independent work, right?

Yes. I was the best-kept secret in Latino Hollywood. I loved it that way. During most of the 90s, I labored and just tried to do relevant films like Mi Vida Loca and I Like It Like That and Follow Me Home, which was directed by Peter Bratt. That film was way ahead of the curve and did really well at Sundance, but it didn’t get any love from Hollywood. So, once again, my legacy got pushed into cult, indie [status]. It’s been an illustrious career, but I should be richer than I am. (Laughs)

What are some examples of roles you’ve passed on in your career?

Well, if you tried to fit me into a character mold, I wasn’t going to be a drug dealer or a rapist or the idiot. I’ve said no to a lot of projects that would’ve set me better financially. I said no because I felt my brand was authenticity. My characters had to have heart. In the 90s, a lot of television writing for Latinos featured us as the drug dealers and drug addicts and pobrecito immigrante characters because that’s all they could see us as. So, I held out. I didn’t want that to be my legacy.

Are you still saying no? I mean, TV shows and movies about narcos are really popular right now.

I’m still saying no a lot. You probably realize that I’ve gotten asked to do Narcos and Snowfall and Queen of the South — should I go on? That’s why I’m proud of my legacy because I took a hit for it.

You’ve worked with some big-name filmmakers in your career like Martin Scorsese (New York Stories), John Sayles (Lone Star) and Terrence Malick (The New World). As a director now, do you adopt things from other filmmakers you’ve worked with in the past to create your own style?

I am such a student of the game. When I got on the TV show Fame, the first thing I did, instead of sitting in the dressing room, was ask if I had permission to go to the set. I started asking questions. What’s the difference between a gaffer and a grip? I was always on the set with Scorsese. I watched him work. I was fascinated. I did the same thing with every director and DP (director of photography) I’ve worked with. I was paying attention all the time.

When people think of filmmaking hubs in the U.S., San Antonio is rarely in the conversation. Do you think with the city’s new incentives, San Antonio can start landing more major productions?

Absolutely. Austin’s got the thunder, but we’ve got the flavor. They need us as a sister city. Location wise, you can only shoot so many things in Austin. If you want something different, there’s San Antonio right there. Now, we’re still not ready for a million-dollar production. That’s an investment away. At the same time, San Antonio is hampered by what the state does. The San Antonio Film Commission is bending over backwards to facilitate anyone who wants to shoot something here. But the reality is, we can only do so much until the state incentivizes it. That’s where the big bucks are going to come from. But first, we need to develop our local production environment, so when the state does incentivize us, we’ll be ready for that growth.