Actor Ricardo Chavira draws on his own family to portray patriarch in Selena: The Series 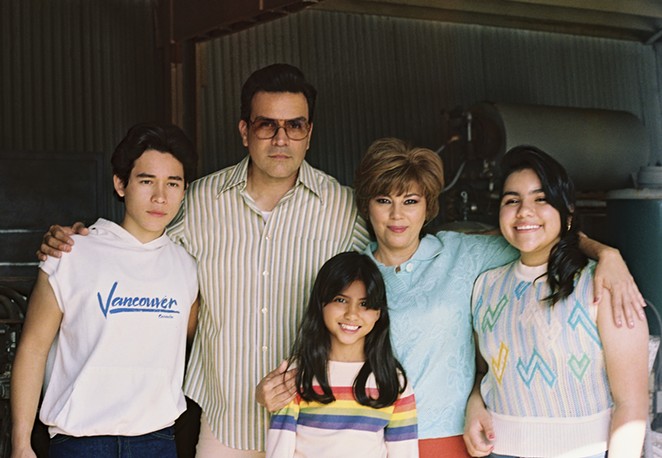 Netflix
It was late in the afternoon on March 31, 1995, when actor Ricardo Chavira (TV’s Desperate Housewives) found out 23-year-old Tejano singer Selena Quintanilla had died. Chavira, who was also 23 at the time, had just finished class at the University of the Incarnate Word and was walking to his bus stop to go home when he saw a group of people congregating outside the Selena Boutique located on Broadway not far from the Witte Museum.

“As I’m walking by, I saw people out there lighting candles and putting out flowers,” Chavira told the Current last week. “There were news cameras out there. And I just remember thinking, ‘Oh, shit, something happened. I need to get home.’”

Once home, Chavira’s father told him what happened to the beloved Latina entertainer earlier that day in Corpus Christi.

“We watched the 6 p.m. news together,” Chavira recalls. “I still remember the way the fabric felt on the couch we were sitting on. That was a very big moment for San Antonio and the South Texas region.”

Twenty-five years later, Chavira has become part of Selena’s history. The San Antonio native stars as the late singer’s father, Abraham Quintanilla Jr., in Netflix’s Selena: The Series. The real-life character was first brought to the screen in theaters in 1997 when Oscar-nominated actor Edward James Olmos (Stand and Deliver) portrayed the family patriarch in the feature film Selena with Jennifer Lopez in the title role.

The new series, which will be released in two parts, expands on the story of the members of the Quintanilla family.

The first part of Selena: The Series includes nine episodes and debuts December 4 on Netflix.

What was your relationship like with Selena’s music growing up in San Antonio?

My dad was the big Tejano and Conjunto fan. I remember when I was in high school, he was like, “Hey, there’s this young girl, and she’s doing really great things. You have to hear her music.” But all I wanted to listen to was Metallica and Nirvana. I wanted to be in a flannel shirt in Seattle. I always felt like I was being subjected to Tejano music. If I got into my father’s truck, I could play my music for 30 minutes, but then he got to play his music for 30 minutes. There would always be a Selena song that came on, so I do remember those songs. And I do remember her performances like at Rosedale Park and at the Convention Center for the Tejano Music Awards. I remember seeing clips and reading about it, so I’ve always had a huge familiarity with her music.

What do you think makes Selena so timeless?

[Her] story is a huge story for us, being from San Antonio and from South Texas and being Mexican American. We don’t have enough of our stories being told. The movie came out 25 years ago, and here we are releasing the series. In those 25 years, how many other stories from South Texas have hit the entertainment scene the way this one has? This one is iconic because she was iconic, and her music was iconic. The thing that really makes her stand the test of time is the fact that she was taken away from us so soon. That’s what creates that legacy, unfortunately.

How is the series different from what audiences saw in the 1997 film?

The series really delves into the workings of the Quintanilla family. It gives intimate portrayals of the foundation of this family and how it set Selena up for success. Hopefully, that’s going to bring in a whole new generation of Selena fans. 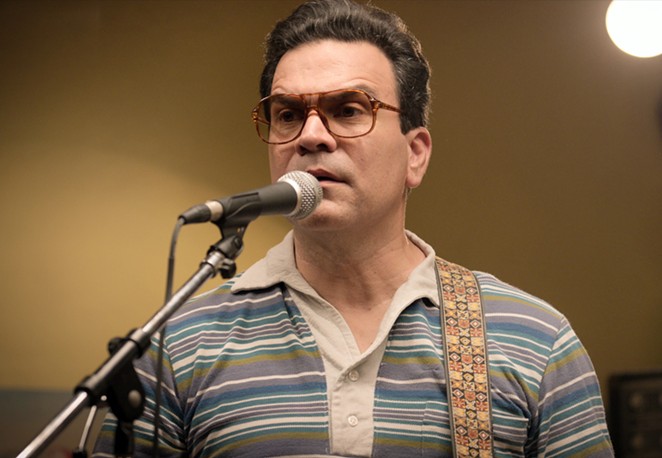 Netflix
Did you have any conversations with Abraham about how you would portray him?

I know the writers, creators and executive producers had conversations with the Quintanilla family early on. They gathered a lot of information that became the storytelling threads for the series. I never had any contact with Abraham or [Selena’s brother] A.B. The only person I had contact with was [Selena’s sister] Suzette.

So, what kind of research did you do to play the role?

I watched as many interviews with Abraham as I could and reread the history. I had never seen the movie. Once I got this role, I knew I didn’t want to watch the movie, because I didn’t want it to inform me on how I was going to approach it. I also talked to my dad. My dad and my tios are Mexican American men from the same generation [as Abraham]. I remember when I watched the first few interviews with Abraham, I was like, “Dude, he sounds like my dad. He sounds like my Tio José.” I had this wonderful well of resources and material from just the men in my family. So, I started drawing from that — that Mexican American, macho bravado that the older generation puts on.

Picture yourself going to a quinceañera in San Antonio. What Selena song do you want the DJ to start playing when you walk in?

If everyone is dancing, it should be “Techno Cumbia.” It’s funny because I thought I knew all the Selena songs, but as we started working on the series, I realized I didn’t. One of the songs I really fell in love with was “La Carcacha.”