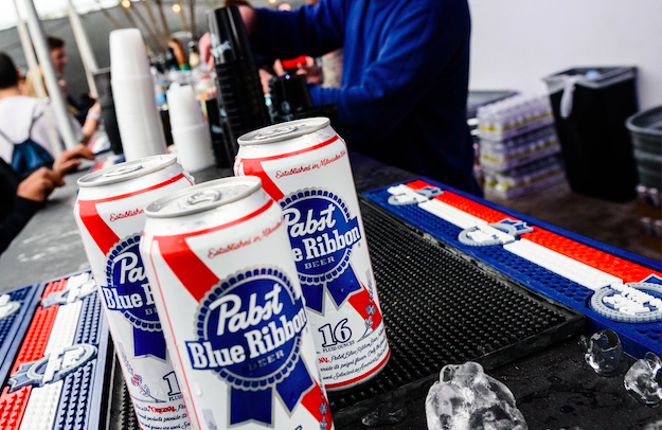 Facebook / Pabst Blue Ribbon
Pabst Brewing Co., the one-time owner of the Pearl Brewery, has moved its corporate headquarters back to the Alamo City.

The brewing conglomerate behind Lone Star, Pearl and its namesake Pabst Blue Ribbon has leased space in downtown's Rand Building, 110 E. Houston, according to a joint story by KSAT and the San Antonio Business Journal.

The move comes after the company shuttered corporate operations in Los Angeles and Dallas, consolidating roughly 120 employees here, according to a separate story in the San Antonio Report.

After a ten-year stretch of being headquartered in San Antonio, the company relocated to a Chicago suburb in 2006. Around 40 to 50 employees in the finance, accounting and legal departments remained here, however.

The 176-year-old company originally moved its headquarters from Milwaukee to San Antonio in 1996 after shutting down its historic Pabst Brewery. Lutz Issleib, then Pabst's president, lived in San Antonio and led the relocation.