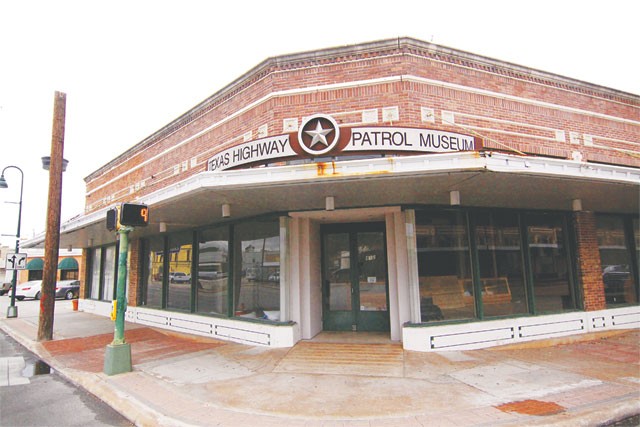 Michael Barajas
The AG is contesting the sale of the former Texas Highway Patrol Museum building, at the corner of St Mary’s and S Alamo

Apparently Rosario's owner Lisa Wong isn't the only one troubled by shady dealings behind the sale of her Southtown restaurant's neighboring building, the former Texas Highway Patrol Museum.

At the request of the state Attorney General's office, the Texas 3rd Court of Appeals on Friday granted an emergency motion to stall the sale of the brick building to local real estate developers Paul and Kevin Covey instead of to Wong, who has offered the highest bid to buy the building.

The AG's office took over the "museum" in December 2011 after digging by the E-N proved the organization, while raking in millions from a telemarketing scheme, only gave less than a penny of every dollar raised to families of fallen troopers. The AG's office followed up with a lawsuit, saying at least one family of a dead trooper never got the $10,000 benefit promised by the museum. According to the lawsuit, the group instead blew the vast majority of its fundraising on private trips, cigars, booze, car payments for executives, and "exorbitant pet care" for an office cat.

In December, Wong began to publicly criticize the building's sale to the Coveys, saying her bid of $1.69 million, the highest offer for the property, was ignored by local real estate broker David Held and Austin attorney Karl Johnson, who the AG's office put in charge of selling the defunct museum. Last month Wong challenged the sale in Travis County court, but lost.

In its filing to the 3rd Court of Appeals last week, the AG's office cites testimony and emails that surfaced during Wong's court hearing. Like that Johnson had to remind Held, the real estate broker, numerous times to notify other interested buyers that the building was on the market.

Or that Held, for whatever reason, never forwarded Wong's second offer of $1.69 million, the highest bid, to Johnson until after the attorney signed his letter of intent with the Coveys. The AG's office also notes that Held stood to reap a greater commission, about $22,000, by selling to the Coveys instead of Wong, since he would have been the only broker involved in that sale. Emails between Held, Johnson, and Wong's realtor "demonstrated that other bidders were treated differently than Wong was treated," the AG's office says in its filing.

The AG's office says it has an obligation to grab the highest price it can for the property — Wong even said in court she'd be willing to pay upwards of $2 million — since most of the proceeds will go to the Department of Public Safety Foundation.

The appeals court has asked lawyers in the case to submit briefs by this coming Tuesday.