All hail Pearl Jam: The grunge band is immortalized in a Cameron Crowe documentary 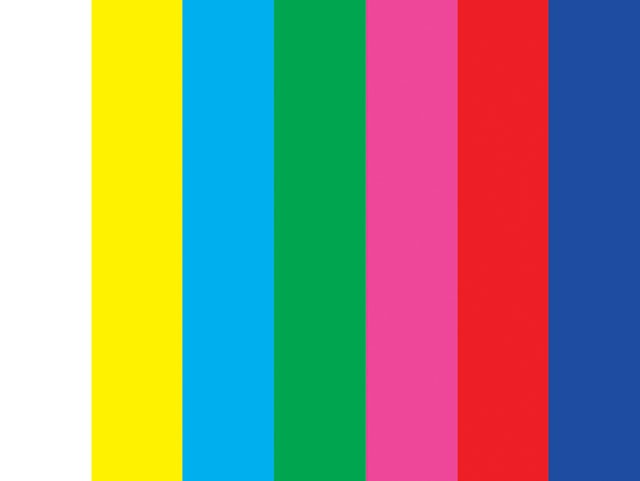 Pearl Jam Twenty (9pm Fri, PBS)
I prefer Nirvana to Pearl Jam, but now Pearl Jam has something its Seattle rivals don’t: a career-capping documentary by a brilliant filmmaker. American Masters’ Pearl Jam Twenty was directed by Cameron Crowe, known for Jerry Maguire and Almost Famous, the latter a memoir of his side career as a Rolling Stone music journalist. Crowe does justice to 1990s grunge with ferocity and wit, putting as much creative energy into his art as Pearl Jam does into theirs.
Compare Pearl Jam Twenty to Prohibition, the recent documentary by PBS mainstay Ken Burns. Burns’ subject has similarly juicy elements —gangsters, flappers, jazz, misbehavior on a mass scale — but he opted for his usual plodding approach. The camera pans left over a still photograph; the camera pans right over a still photograph. Anybody want to join me in a letter-writing campaign to replace Ken Burns with Cameron Crowe as PBS’s house documentarian?

Person of Interest (8pm, Thu, CBS)
This drama features two characters with mysterious pasts: a super-skilled CIA agent (Jim Caviezel) who left the agency after a personal tragedy to live on the streets; and a super-skilled rich guy (Michael Emerson) who built an all-seeing surveillance system after 9/11. The rich guy knows when anyone in the U.S. is about to get into trouble, and he enlists the CIA agent to save them, one per episode. That means we meet a new set of potential victims each week and don’t care much about any of them. Still, Person of Interest is blandly involving as it ticks off its car chases (check), fistfights (check) and gun battles (check). Maybe it should have been called Person of Mild Interest.

Once Upon a Time (7pm Sun, ABC)
This new drama begins in old-time puffy-sleeve fairytale world with the wedding of Snow White (Ginnifer Goodwin) and Prince Charming (Josh Dallas). The wicked witch (Lana Parrilla) bursts in to deliver (what else?) a curse: “I shall destroy your happiness if it’s the last thing I do!”
It turns out that the worst thing she can think of is sending all of them to Maine. There, Gepetto, Rumpelstiltskin and other overacting literary figures are trapped in a time warp where happy endings are impossible. Enter Emma Swan (Jennifer Morrison), the long-lost daughter of Snow and Prince, who’s grown up into a modern-day bail bonds collector. Can she break the curse and, presumably, post bail for the wicked witch?
Emma's lack of charm and coarse way of talking may have you in the weird position of rooting for the witch. Similarly, it’s hard to sympathize with any of the “good” fairytale characters since they’re so earnest and stupid. After the leering Rumpelstiltskin (Robert Carlyle), cackling through rotten teeth, demands the name of Snow White’s first-born child, one of the seven dwarfs asks, “Can we trust Rumpelstiltskin?”
If he doesn’t know the answer to that question, he deserves to spend eternity in Maine.

Homeland (9pm Sun, Showtime)
Homeland could have been a serviceable new drama about a Marine (Damian Lewis) who either did or didn’t defect to Al Qaeda after eight years of imprisonment in the Middle East. But it’s not at all serviceable with Claire Danes in the role of a CIA agent who breaks all the rules to discover the truth.
I’ve pulled for Danes ever since her winsome teenage turn in My So-Called Life. Still, I have to admit that she has been wrong in every role she’s played since then, including her overrated performance in Temple Grandin. For some reason, though, Danes continues to enchant casting directors. I have no idea why someone thought she’d be a good fit for Homeland, since she doesn’t look or talk anything like a tough CIA agent. She looks and talks like the girl from My So-Called Life, with only a single expression of brow-furrowing concern.
I predict casting directors will go wild for the performance.

2 Broke Girls (7:30pm Mon, CBS)
Kat Dennings was making a nice career for herself in the movies, specializing in the tart-tongued hipster girl (Nick and Norah’s Infinite Playlist, The 40 Year Old Virgin, etc.). But Dennings took a wrong turn into television and is now stuck playing the tart-tongued hipster girl in a crummy sitcom. In 2 Broke Girls, she’s a Brooklyn waitress in an odd-couple friendship with a ditzy blond socialite (Beth Behrs) who’s fallen on hard times. The script grasps for edginess with lots of bad jokes about sex and drugs.
Movies, please take back Kat Dennings before it’s too late!