All the Feels: Gay, Black Filmmaker Cedric Thomas Smith Speaks To the Human Experience Through His Dramas 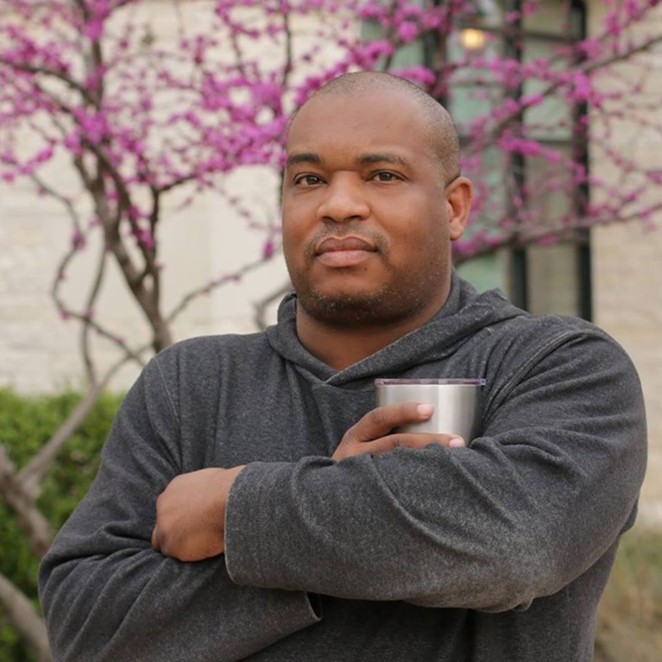 San Antonio-based filmmaker Cedric Thomas Smith thought he wanted to be an actor when he graduated from Judson High School in 1991 and relocated to San Francisco.

“I told myself I was going to move to California to be the next Tom Cruise,” said Smith, now 46. “But Will Smith beat me to it.”

Along with his dream of big-screen stardom, Smith also chose San Francisco — the “gay mecca,” as he calls it — to find himself.

“I had a friend who told me, ‘You really need to go there,’” he said. “I think she knew I was gay before I fully figured it out myself. So, I moved, and it was the first time in my life where I felt it was OK to be free.”

Smith would eventually come out to his mother in his early 20s. He flew her out to visit him and took her to a drag show.

“That’s when the lightbulb flashed for her,” he said. “I mean, everyone in my family always knew, but it was one of those things we never discussed. But it was important, because growing up going to church, homosexuality was frowned upon, yet the piano player was homosexual.”

Everyone’s coming-out story is different. Smith, for instance, does not necessarily consider it a big moment in his life.

“My mother was fine with it, but one of the reasons I moved to San Francisco was so I didn’t have to worry about what people would say,” Smith said. “I think moving there instilled in me the idea that it’s OK to be who you are and that you don’t owe anyone an explanation.”

After 20 years on the West Coast, Smith returned to San Antonio and his focus shifted from acting to work behind the camera. He fell into the industry when he adapted one of his unfinished books into a screenplay. The short Unimaginable, which he later directed as a feature, won an audience award in 2011 at FilmOut, an LGBTQ film festival in San Diego. The movie explores domestic violence within a same-sex relationship.

Since then, Smith started his own production company, Well Ced, and has written, produced and directed several other shorts. Those include The Symphony of Silence and Melissa — both on the negative impact of bullying — and Hollowed, about an estranged married couple who find love again after one of them is diagnosed with cancer.

The running joke within Smith’s Well Ced family is that when he presents a new script, his producers ask, “Does anyone die in this one?” Grief and pain connect human beings because we all experience them, Smith said.

“My films are about the human psyche,” Smith added. “I always gravitate to stories that are going to touch people.”

In his newest short Retirement Day, selected to screen at a handful of festivals this year before the COVID-19 outbreak, Smith tells the story of Joe Johnson (Bill Hass), a new retiree who’s looking forward to spending more time with his wife Eva (DeAnna Brown) — before tragedy strikes.

Like his past films, Retirement Day aims to pull at viewers’ heartstrings. Smith said he chooses to explore themes that can help people work through their own issues — barriers that might be keeping them from living their best life.
“I think film can heal,” said Smith, who makes a living as a quality control consultant with Aetna.

“That’s why I am proud to be a filmmaker. People have thanked me before for making a film because it helped open their eyes to different issues like gay domestic violence. Hopefully, my films connect so people can feel something.”

Smith doesn’t make gay-themed or Black-themed films exclusively. And it’s only been in the past few years that he’s learned to embrace being labeled for his sexual and racial identities, saying he wanted to be known as a filmmaker, not a gay or Black filmmaker.

But, as time progressed and he completed more shorts that were accepted into gay and Black film festivals, Smith realized it was something he could no longer deny.

“It’s part of the package of who I am,” he said. “I am a Black, gay filmmaker. I would like to believe my work speaks for itself.”