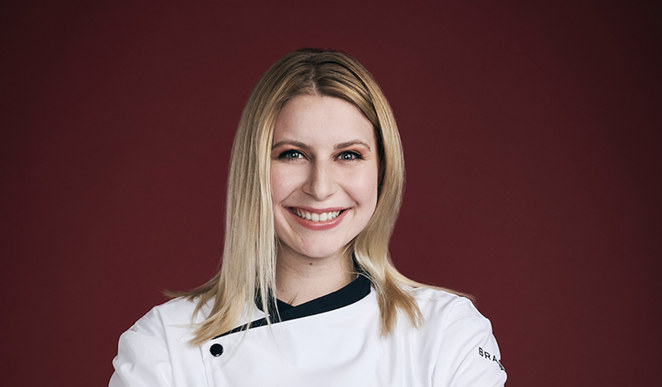 Hell’s Kitchen: Young Guns features 18 chefs ages 23 and younger duking it out for a chance to be crowned head chef at a Ramsay-owned eatery in Las Vegas.

Hersh has cooked in metros including New York City, Las Vegas and Austin, cutting her teeth with big names in the industry including Dady and NYC chef Amanda Cohen.

Hersh is best known for her skills with vegetarian and vegan cuisine, but her  Jardín boss Dady — an old hand at culinary competition shows — helped her navigate the intricacies of cooking meat ahead of her appearance.

The new season of Hell’s Kitchen: Young Guns kicks off Monday, May 31. Members of the Hersh cheering squad can catch her at a Monday, June 7 viewing party — the first of many, we’re told — at Pearl-area eatery Alamo BBQ.