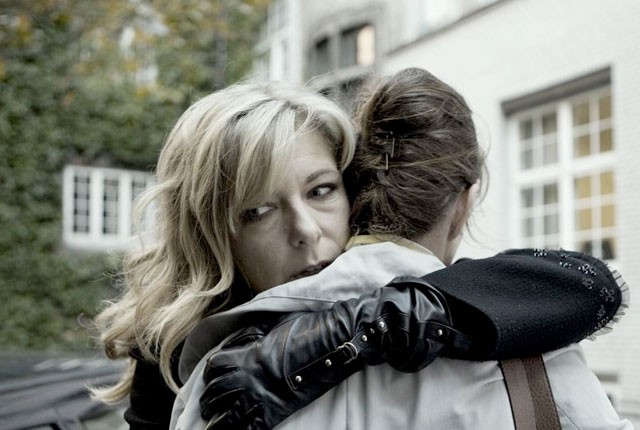 Maybe Applause, Danish director Martin Zandvliet's debut, wouldn’t stand a chance at the Academy Awards (if Oscar ever stooped to embrace non-English language movies, that is), but Paprika Steen would be a serious threat in the Best Actress category. Known to serious American film audiences for her roles in Dogme 95 movies like The Celebration, Open Hearts, and Lars Von Trier’s The Idiots, Steen plays a successful (but alcoholic) actress who is trying to regain custody of her two boys, lost after her divorce due to said boozing. She gives up the drink for a time but keeps hanging out at bars, with predictable results. What I didn’t see coming was perhaps the most un-sexy sex scene followed by the most erotic close-up shot of a woman having a relapse. It only took those few seconds for Steen to achieve cinematic perfection.

In the movie, she’s actually playing two drunks: one on stage, perfectly cast as Martha in Who’s Afraid of Virginia Woolf? (a role she also played in real life in Denmark), the other which rages in private, even when she’s away from the stage and the bottle. Steen has moments of tenderness with her two boys, gets too close to her ex’s new wife, and repeatedly tries to convince her former hubby that she’s “ready” to see the boys again even after he's already agreed to it. Throughout the film, though, Steen holds the audience, a Scandinavian Gena Rowlands within a film that, intentionally or not, imitates the work of John Cassavetes by blending equal parts Opening Night (in the way acting and real life intertwine) and A Woman Under the Influence (in the struggle with inner demons who, paradoxically, ultimately provide salvation).
No, this isn’t a Cassavetes movie, but with Applause, Steen more than earns her right to be named in the same sentence as Rowlands.