Are Women Funny? Ugly people, Adam Carolla, and the power of vagina 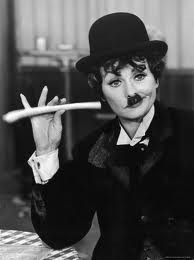 When women talk about weight issues and shopping I find myself empathizing based on my own real experiences. The humiliation of trying to buy a size 38 at a mall while some skinny clerk tries to phantom the idea that Express Jeans come in anything more than a 29 is very real to me.

Since the metrosexual boom of 2003 men have started embracing some of the best aspects of women, openly expressing empathy and weakness. Emotions once deemed "totally gay."

Meanwhile many women are starting to adopt some of the worst qualities in men. Bragging about one night stands, using men for their bodies, heavy drinking, and viewing emotion as a weakness. None of this heralds real gender equalization as much as its reflects some people changing sides.

Maybe like the media says, there really is a "War on Women." If it is true then maybe women are finally choosing the right weapons to defend themselves and progress socially.

Lets face it: promiscuity, emotionless rationality, and drunken, gluttonous abandon has served men very well for many, many years.

This is a blog written by Jay Whitecotton. You can email him your hate speech here or add him on twitter.com/whitecotton.