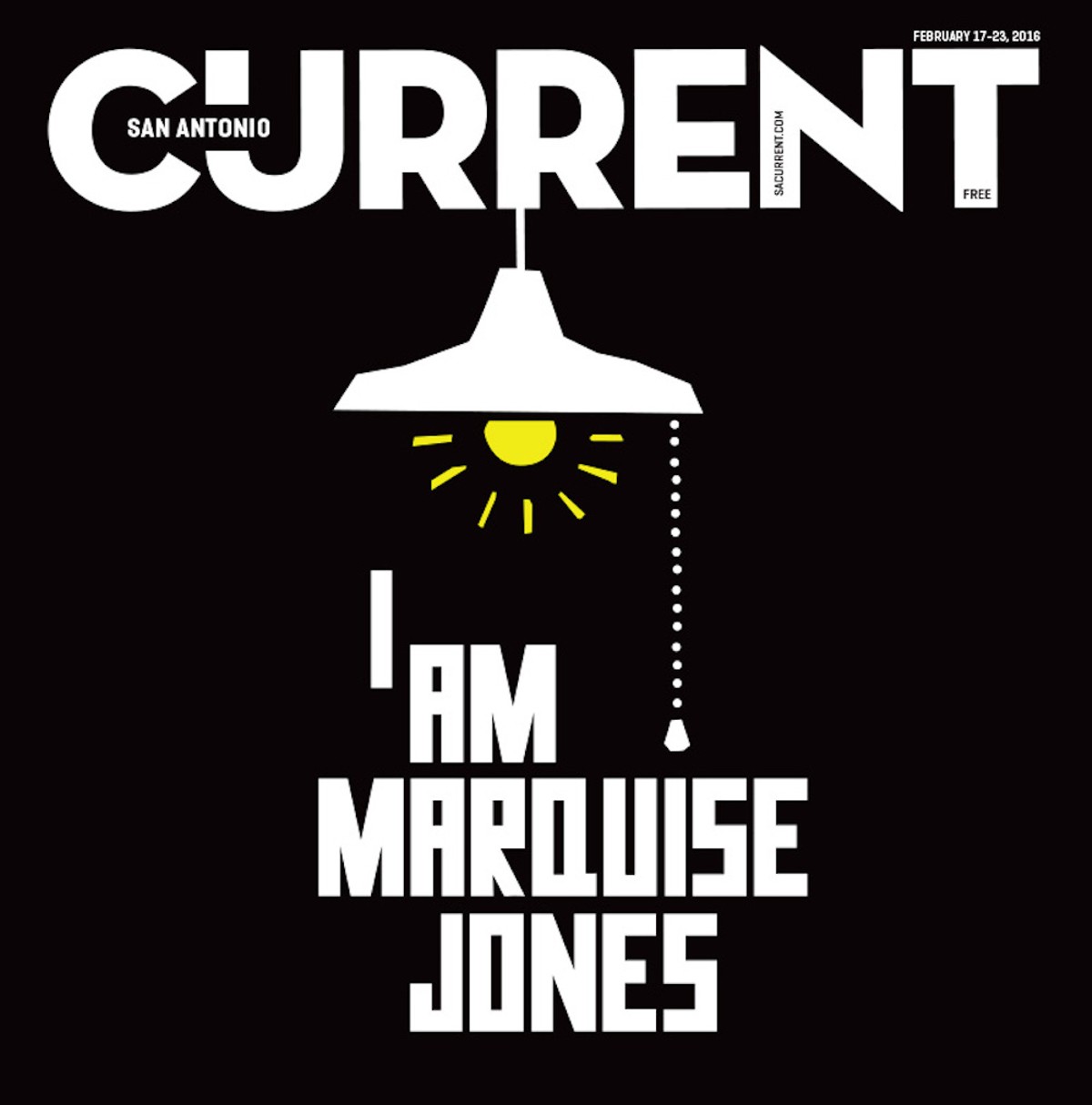 When 36-year-old Antroine Scott arrived home just after 6 p.m. on February 4, he parked his 2008 Mercedes-Benz in the parking lot of his apartment complex, just as thousands of San Antonio residents do at the end of every day.

What Scott probably didn't know was that two undercover police detectives "were in the area," according to a police report, and spotted the Benz as it pulled into the Wood Hollow Apartments, just north of Loop 410 and a bit west of Highway 281, where Scott lived. It matched the description of a wanted man's vehicle, according to police.

The undercover San Antonio Police Department detectives were looking for Scott. He was a wanted man who had two active felony warrants: one for felony possession of a firearm and another for manufacturing or delivering a controlled substance, less than one gram.

After Scott parked, the detectives requested that two uniformed police officers be dispatched to make the arrest. SAPD officers John Lee and Brian Bilica arrived at the scene at 6:10 p.m. Less than two minutes later, Scott's wife would watch him die.

"[Lee] exited his vehicle and approached the driver side of the [vehicle]," a preliminary police report states. "[Lee] drew his service weapon and ordered [Scott] to 'show me your hands' at approximately the same time the [suspect] swung the drivers [sic] door open and spun to his left."

According to the police report, Lee noticed a black object in Scott's hand. Assuming it was a gun, Lee feared for his life and fired one shot at Scott, striking him in the chest. Scott died in the parking lot.

Lee, an 11-year veteran of the force, is on administrative duty while the shooting is investigated by the SAPD and Bexar County District Attorney's Office.

Scott's family is, as can be expected, in shock. They hope that an investigation will give them answers, but if things go as they did for the family of another local man shot by police, Marquise Jones, they may never get the satisfaction of seeing justice. Scott's shooting comes just a few weeks before the second anniversary of Jones' shooting. Jones' family is still grappling with that tragedy while seeking justice through a civil case against the City of San Antonio.

Supporters of Marquise Jones still try to bring attention to his killing.

Scott was not the first person killed by a police officer in San Antonio this year.

On January 17, at 1:45 p.m., an as of yet unidentified SAPD officer shot and killed 27-year-old Ashton Lane Morris, a white man.

San Antonio media outlets reported that police were responding to a car theft in progress when Morris opened fire on them. He was shot several times.

Unlike Morris, Scott was unarmed. Although there were warrants out for Scott's arrest, he had not been engaged in a crime in progress when police arrived at his apartment complex. He was simply a black man who had just arrived home with his wife.

Mayor Ivy R. Taylor, who hasn't publicly spoken much about police-related killings, issued a statement on the Friday after Scott was shot, saying she met with SAPD Chief William McManus and discussed the incident.

"The chief assures us that a full investigation is already underway by the Internal Affairs Unit and that the shooting will be reviewed by the District Attorney's Office," the mayor said in a statement. "I trust in the process and, as always, urge anyone with information to please come forward."

Scott's mother, Diane Peppar, told the San Antonio Express-News that Scott and his wife had just bought the Mercedes and recently moved into Wood Hollow Apartments with their 11-year-old son. The child was in the apartment when Scott was killed, the daily newspaper later reported.

The man's uncle, Jesse Scott, told the paper his nephew was not violent.

"Yeah, he was a little hardheaded ... But he was just starting to turn his life around," his uncle told an Express-News reporter at the scene of the shooting. "Now he's been denied that chance."

On February 28, 2014, SAPD officer Robert Encina, who was in full uniform working security at Chacho's on the city's Northeast Side, shot and killed the 23-year-old Jones. In 10 days it will be two years since Jones died in that parking lot — a death his sister witnessed.

Bush has worked nonstop since that day to keep her nephew's story alive in hopes that Encina, who was "no billed" by a Bexar County grand jury on December 16, 2015, will face punishment.

"We are not going away that easily," Bush said. "Now we have another shooting of another black male, and I will be speaking and standing with this family against this corrupt and crooked system here in San Antonio."