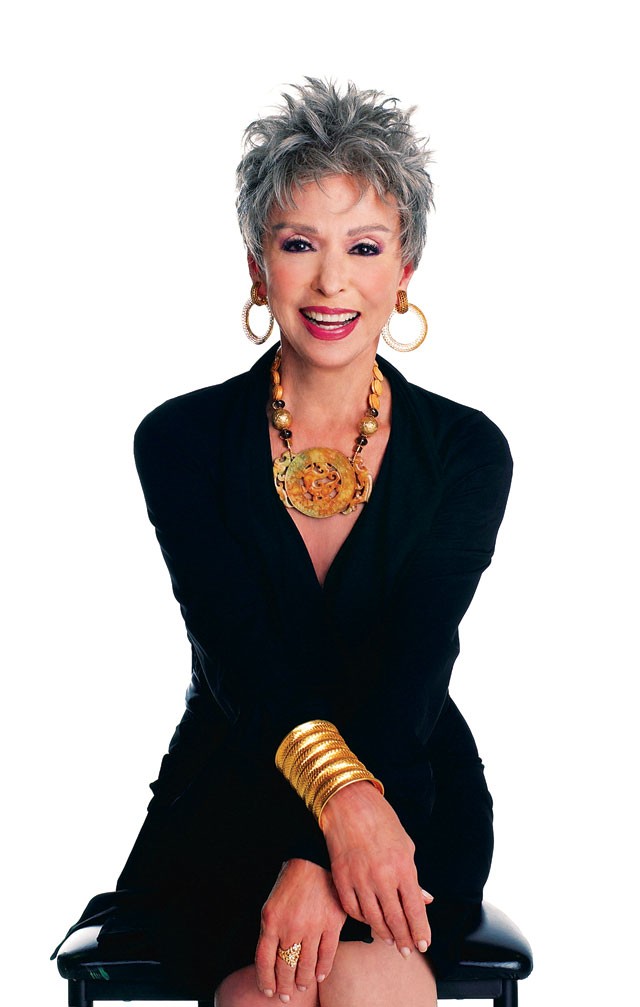 Fifty years after actress Rita Moreno earned an Academy Award for her role as Anita del Carmen in West Side Story, the Puerto Rico-born performer is still the only Latina to ever win an Oscar in an acting category. Moreno, who will be in San Antonio September 22 for a retrospective of her life and career, feels comfortable explaining why no one has reached that feat since. It is, unfortunately, the same reason she probably would've given in 1962.

"Latinas don't get those kinds of roles," Moreno, 80, told the Current during a phone interview last week. "The problem is that people in casting and producing are looking for 'Latino types' as opposed to looking for an actor or an actress. I believe a role doesn't have to have a nationality unless it's very specific in the screenplay. People should be cast because they're good for a role, period."

It's the same argument Moreno — who is one of a handful of individuals who won the Oscar, Grammy, Emmy (twice), Golden Globe, and Tony — has been making since realizing winning the film industry's most coveted award did not assure her a diverse career. "After I won, I was offered some films, but they were all gang movies," said Moreno, who also won the Presidential Medal of Freedom in 2004 and will receive a Lifetime Achievement Award from the Latin Recording Academy during the Latin Grammy week in Las Vegas on November 14. "I thought, 'I just won an Oscar. I'm not going to go back to that stuff again.'"

Moreno has been fighting off stereotypical roles ever since. She admits each year she stays active in the entertainment industry it gets harder to find substantial roles in film, TV, and on stage.

Still, Moreno has hope. She's encouraged when she sees some people are really making an effort in respect to roles and programming for Latinos.

"The door is ajar," Moreno said. "That's an expression Ricardo Montalbán used to say that I love. You just have to have the wherewithal to push it open for yourself."

With all the accolades and achievements in her career, Moreno's door has been knocked off its hinges. Now, it's all a matter of sharing her story about the struggles she's had to overcome to get here and inspire others to do the same.

"Mine is not just a story of a Hispanic girl growing up in this country," Moreno said. "This is a story of a journey."

Rita Moreno: My Life with Words and Music (2012 annual fundraiser to benefit the Guadalupe)