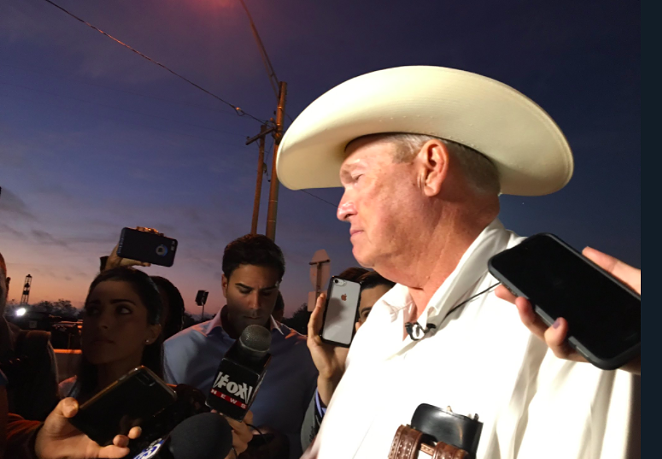 Gunman Devin Kelley shot and killed a total of 26 churchgoers — which equals about 7 percent of the small town's total population. Eight of those dead were from the same family, including a pregnant woman, according to Facebook posts from community members.

The 26 bodies have been sent to the Bexar County Medical Examiner's Office.

Tackitt told reporters Monday that about 20 people had been hospitalized. He guessed that everyone in attendance at the church's 11 a.m. mass had been either wounded or dead. He doesn't expect the death toll to rise.

The sheriff also said that Kelley's in-laws regularly attend the First Baptist Church, but were not in attendance this Sunday. Tackitt suggested that Kelley and his current wife may be separated. The couple have at least one child together.