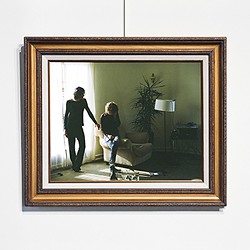 I caught Foxygen during one of their infamous “meltdown” shows a couple years back and holy shit, what a paisley-clad cocaine nightmare of a set it was. The band purposely avoided all their best-known songs and frontman Sam France manically pushed things further into atonal chaos with his manic yelping. I left that show thinking I’d witnessed the self-destruction of a talented young band. Turns out it was a rebirth. ...And Star Power is that cocaine nightmare on wax, a 24-song self-produced sprawl that indulges all of Foxygen’s most whacked-out impulses. Cobbled together from studio scraps, meandering jams and occasional song-like pieces, the sum is an amorphous mess of a record. More troubling, when riffs do appear, they’re often plucked wholesale from classic rock radio (the piano lick from Electric Light Orchestra’s “Evil Woman,” or the chorus of Redbone’s “Come and Get Your Love”). Occasionally, ...And Star Power is true to its name, pulling you into its strange orbit by its gargantuan mass. But those moments don’t come nearly enough to keep you grounded through the whole of this wreck. —J.D. Swerzenski 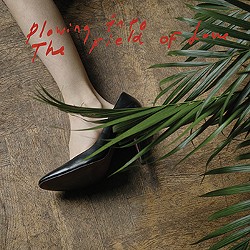 Since founding Iceage at the average age of 17, the Danish punk quartet has gone through monstrous hype, musical metamorphosis and accusations of neo-Nazi fascism. But despite all of the praise and controversy, the music speaks for itself. Their third album Plowing Into the Field of Love is a testament to the timelessness of punk rock, but Iceage takes it beyond the tried and true formula, adding horns and melancholy piano. Love it or hate it, tragically handsome frontman Elias Bender Rønnenfelt’s passionate, unintelligible vocals give the album pathos, stirring a whirlwind of emotions in the listener. The first and finest single from the album is “The Lord’s Favorite,” a narcissistic love letter to cowpunk’s past with an Americana twang. Though “The Lord’s Favorite” may have incensed fan expectations, moving away from Iceage’s harsh post-punk display, the quartet finds a creative maturity in Plowing the Field, evolving from alienated teenagers to insightful adults. —Shannon Sweet 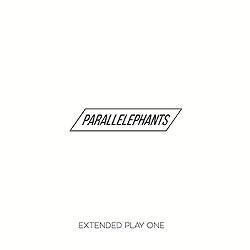 From the understated name of the EP to the luxuriant, italicized font of the cover, you can tell before ever listening to Parallelephants’ debut EP that the SA trio prides itself on spacing and restraint. From the opening drum machine and Of Montreal-funk intro of “Touch Tone,” Parallelephants grooms this commitment to design on the three songs of Extended Play One. The best work of the short set comes in the harmonies of guitarist Thom Sykes and bassist Aldo Lazcano, who sing together with the push and pull of magnetic connection, drawn in the same direction but maintaining a lovely octave distance. At just three songs, the EP comes in a bit short for an extended play, but then again, would you expect this band to overstate itself? —Matt Stieb