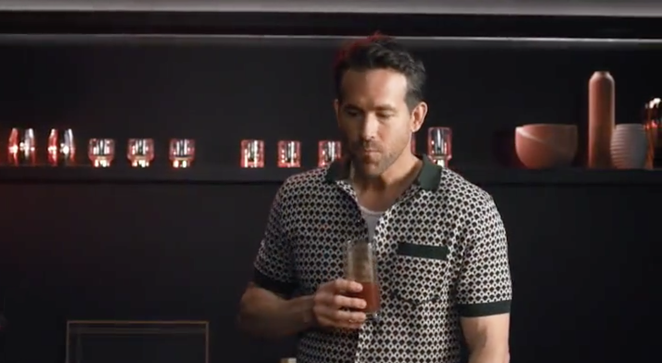 Instagram / aviationgin
Movie star Ryan Reynolds is celebrating the return of the cult fave McRib sandwich with a special cocktail recipe.
If you're among the folks willing to consume boneless, rib-esque meat objects, why not wash your food choice down with similarly divisive cocktail?

Reynolds trumpeted the Mickey D's menu item by sharing a recipe on social media for the Gin Riblet, which he described as the “Bloody Mary’s hotter cousin.” The recipe consists of tomato and barbecue sauces, lemon and gin.

This go-round, the McRib has been available in the United States since Nov. 2. It's unclear how long the sandwich will remain circulation — and how many people are willing to pollute their Aviation Gin with barbecue sauce.