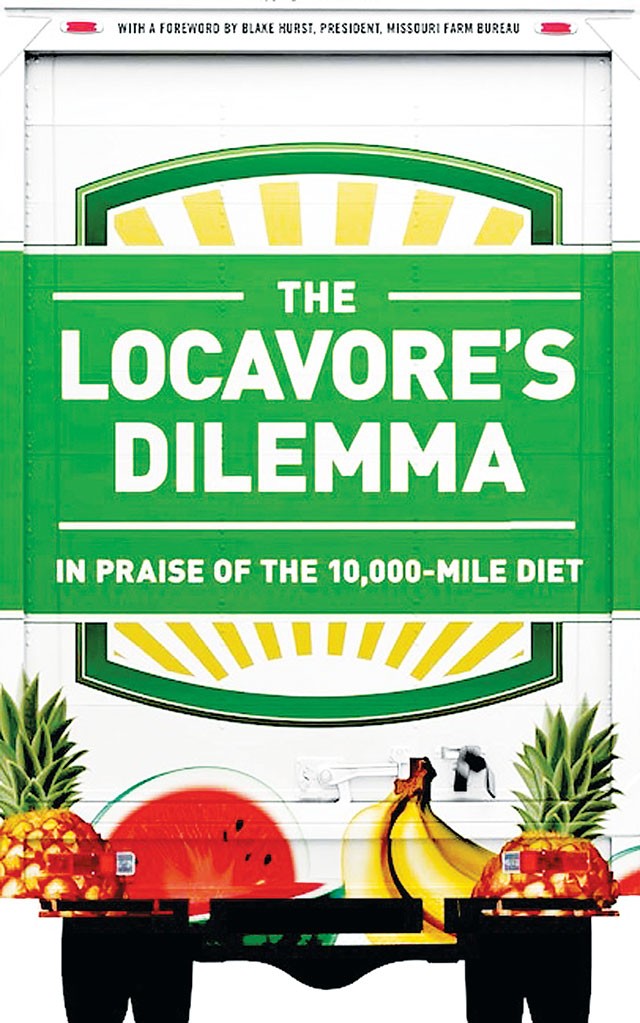 "If our modern food system is so bad for us, why do we now enjoy dramatically longer and healthier lives than our ancestors?"

This question is one of four that locavores have yet to answer satisfactorily, and should, according to the book The Locavore's Dilemma: In Praise of the 10,000-Mile Diet. Answering it is a curious, if easy assignment.

Penicillin helped a lot, as did urban sanitation and many other public health improvements. There were advances in worker safety protections, in medicine, in human rights, and many other factors.

And yes, improvements to the food system played a role, like our developing understanding of nutrition and vitamins, hybrid crops, pasteurization, irrigation efficiencies and weather forecasting have all improved health and lifespan, and I don't think you'll find too many self-identifying locavores who disagree. But according to The Locavore's Dilemma, "…locavorism, far from being a step forward, can only deliver the world our ancestors gladly escaped from." This assumption is crucial to many of the book's arguments, including the questions that form the pillars of the book's thesis. For instance:

"If local food production in earlier times was so great, why did consumers increasingly favor items from ever more remote locations?"

The answer is obvious. The world is a wonderful and diverse place with many enticing foods. It's not at all surprising that an Alaska native would appreciate a Florida orange. Just as being for local foods doesn't require locavores to be Luddites, it also doesn't entail blanket opposition to the shipping of food, like oranges, from places where they grow to places where they don't.

Thanks to the recent growth in its visibility, the local foods movement has created an audience hungry to see it shot down, and despite the book's many fatal flaws, I wouldn't be surprised if it sells well. Like Rush Limbaugh's listeners, this audience is in no hurry to scrutinize the straw man arguments it's being fed. Perhaps secure in this knowledge, the authors, economists Pierre Desrochers and Hiroko Shimizu, set out to "slaughter as many sacred cows in the food activists' intellectual herd as we could."

The inspiration to go postal on Michael Pollan and the gang? "To save my marriage," Desrochers told Grist.org. A visiting, lecturing locavore had called Japan a parasitic society because it imports so much food. "My wife was born and raised in Tokyo," Desrochers said of the woman who would be his co-author. "She made me promise that I would do something about it."

This book may not pose them, but there are valid questions to be asked of local-food advocates, and many assumptions worth challenging. With which foods are food-miles important? What sorts of safety hazards are specific to local food systems, many of which involve small farms? But to argue, as this book does, that locavorism is a threat to public health, third-world food security, and freedom seems as silly as arguing that locavorism is the world's only hope.

One notion conveyed in the book that I agree with, to a point, is that certain regions grow certain things really well, and that it makes sense to grow those things in those places. This is why Vermont shouldn't import maple syrup.

While it makes sense for regions to play to their strengths, this strategy can be taken too far, putting undue pressure on certain areas. California, where everything grows well, has paid a high price for feeding so much of the country for so long. Rivers are dewatered and polluted, valley habitat is rare, cancer rates are high in many places thanks to pesticide use. And it isn't necessary. Carrots can be, and are, grown in all 50 states. Maybe California can let the rest of us handle carrots, aside from what the Californians need for their carrot-juice chai lattes.
Another of the book's points with which I somewhat agree is that farmers markets are not appropriate venues for all foods. "…[D]uring our trips to [farmers] markets we couldn't help but notice freezer doors left open for significant periods of time and different kinds of raw meat being handled on the same cutting board."

In my decades of farmers market hopping I've yet to see raw meat being handled — in this country, anyway — but it's plausible. Still, tweaks worth making to farmers market regulations do little to discredit the value of local food.

Every movement has extremists, and locavorism is no exception. But are locavore extremists hurting anyone?

Well, yes, the authors argue. "Today's locavores and food sovereignists have … increasingly come to embrace old-fashioned coercive policies which they have … sugar-coated in alleged broader benefits," they write.

They cite efforts to place local food in schools, prisons, hospitals, and other institutions, and provide a history of tariffs, protectionism, and other policy levers that they argue serve as warnings about the threats posed by local food as policy.

A more intellectually honest way to evaluate the potential of local foods is on a place-by-place, food-by-food, season-by-season basis. I use a rule of thumb called the Slow Boat Rule. If a food has a long enough shelf life to allow shipping by sailboat, it's going to consume less energy and release fewer greenhouse gases than a food that's shipped by airplane. Even though it's been shown that shipping costs represent a fraction of the energy cost of putting most food on the table, the fraction is not insignificant – especially for high-speed, refrigerated forms of transport.

The authors of The Locavore's Dilemma describe limiting oneself to seasonal and local foods alternatively as "food masochism" and food "elitism." Indeed, local food can be many things. It can be an expensive, frivolous luxury, and it can be the garden that sustains you. It can be a hobby, a boost to local economies, and an opportunity for contrarians to sell books. But for anyone taking a serious look at how we can solve the world's many food-related problems, locally grown foods are an important tool in the kit.