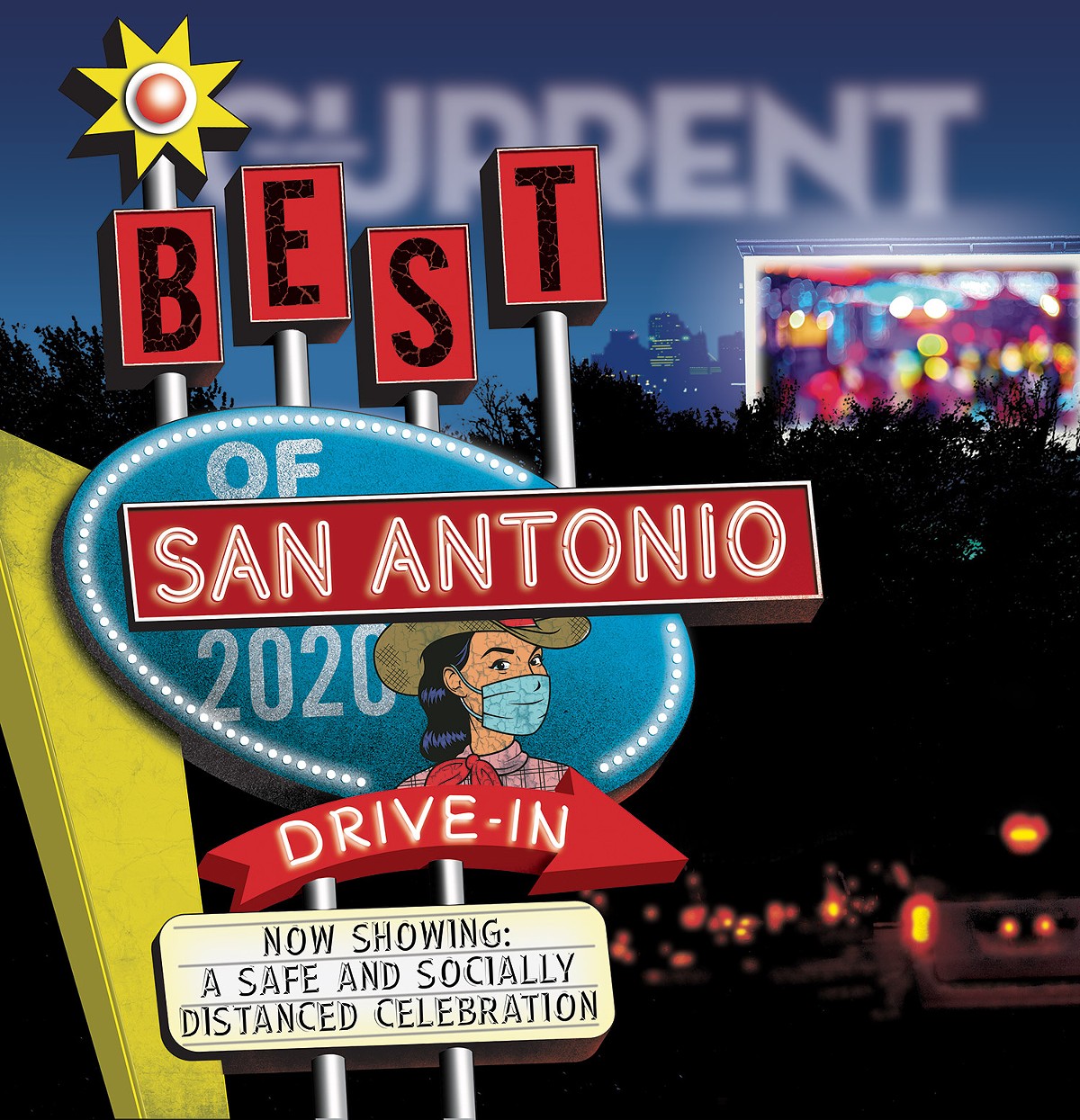 As much as the lovely ladies of Stars and Garters Burlesque must enjoy using the word "sextuple" to describe their Best of San Antonio assets, they'll need to update it to the slightly less sexy "septuple" now that they boast seven wins in our readers' poll. And should we expect anything less? Billed as San Antonio's longest-running burlesque troupe, S&G has essentially been a shoo-in for this category save for that one year the Pastie Pops shimmied into the top spot (2017). Although S&G's 11th season got truncated by the pandemic, we have no doubt that "Transoceanic Tropical Tease" Black Orchid, '60s-inspired bombshell Suki Jones, tattooed tassel-twirler Pystol Whips, leggy stunner Giselle J'Adore and "artificially sweet Southern girl" Miss Sugar Free will be back to put "the bare in Bexar County" just as soon as safety allows.

Savor and Culinary Institute of America

While Sofia Sada Cervantes hasn't exactly reached the status of celebrity chef à la Johnny Hernandez, she's amassed plenty of fans via her post at Savor, the Culinary Institute of America's student-staffed restaurant, which launched last year at the Pearl. Under her leadership, the eatery has won over locals and tourists alike for its global-yet-approachable flavors, beautiful presentation and build-your-own three- and four-course meals. During the pandemic, it's transitioned to offering curbside cuisine, including family-ready meals and cook-at-home options. Upping Sada Cervantes' intrigue, she was also a member of the Mexican National Women's Soccer Team from 2001 to 2004.

Sangria on the Burg

In what one might describe as an upset, multitasking seductress Kristi Waters has successfully snatched the crown from snaggletoothed camp queen and Best of San Antonio mainstay Tencha la Jefa. A former Corpus Christi schoolteacher who got bitten by the drag bug after nabbing a role in The Rocky Horror Show, Waters is easily one of the hardest-working queens on our local scene. With 15 years of drag under her tightly cinched belt, she's won over clubbers with Lady Gaga impersonations, entertained day drinkers at Paramour's drag brunches, portrayed sex-positive Southern belle Blanche Devereaux in Golden Girls parodies and even sold out her one-woman comedy show I Promise I'm Funny. Not even a pesky pandemic can slow Waters down. That much is evidenced by regular performances on Facebook Live, socially distanced gigs at Luther's and a rare appearance at PicaPica Plaza to sell her 2020 Fiesta medal commemorating "the greatest party that never happened."

San Antonio native Amanda Spencer is building on her social media reputation one tasty photograph at a time. Currently, the local foodie boasts 146,000 followers on her Instagram account, where she posts photos and videos of all kinds of foods from restaurants across the Alamo City. Recently, Spencer posted a clip of employees deep frying churros at Honchos Churros and photos of seafood, desserts and cocktails from the Fairmount Rooftop Oyster Bar. "Thank you for what you do," wrote Brett Fuller, one of Spencer's Instagram followers. "Just need you to know my tummy is happier knowing you are finding all these delicious places to eat for us all!"

OK, maybe it's not a person, it's a jewelry institution named for a person. And James Avery Artisan Jewelry has clinched this title for the second year in a row. The self-taught Avery started his artisan jewelry business from inside his mother-in-law's garage in Kerrville in 1954. Today, the company he founded boasts roughly 80 retail stores across the U.S. — 14 of them in the San Antonio area. As a jeweler, Avery was best known for his faith-based designs such as crosses and angel wings. He was a military vet who flew bombers in WWII and died in 2018 at the age of 96. While his namesake company still sells plenty of crosses, it's also widened its repertoire over the years. Customer favorites include its mother's love ring, tiny hearts band and even an enamel Whataburger cup charm.

Over his nearly 35-year film and TV career, actor Jesse Borrego has done everything from performing a steamy dance with Christina Applegate on an episode of Married ... with Children to being engulfed in flames by John Malkovich in the action flick Con Air. Earlier this year, the San Antonio native showed up on the third and final season of the critically acclaimed Starz drama Vida, where he played the estranged father of the show's main characters. Throughout his career, Borrego has taken pride in staying authentic as an actor, which includes turning down his share of stereotypical roles. "I wasn't going to be a drug dealer or a rapist or the idiot," Borrego told the Current in 2018. "I've said no to a lot of projects that would've set me better financially. It's been an illustrious career, but I should be richer than I am."