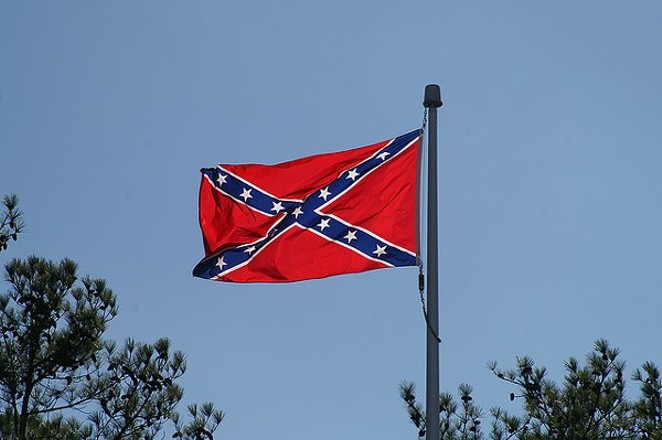 “Slavery is not an issue of any particular political persuasion or any particular race or nation. It is an issue of right or wrong. And no matter what era it happens...the vestiges and the history of that should be put in a museum and in context. These courthouse Confederate markers are out of context,” said Precinct 4 Commissioner Tommy Calvert.

Confederate flags appear on two markers on county property near the Bexar County Courthouse: one to commemorate the Jefferson Davis Memorial Highway, another marking the Vance House, where Robert E. Lee used to visit.

The decision to remove them is consistent with a recent national wave of backlash against Confederate symbols.

The movement started after Dylann Roof allegedly shot and killed nine people on June 17 at a church in Charleston, S.C. All of Roof’s alleged victims were black, and photographs emerged of him posing with Confederate flags after the attack.

The public comment period at Tuesday's court meeting was heated and passionate, but civil. Some speakers sought to distance the flag from any association with slavery, racism or terrorism. Others claimed that removing Confederate symbols from public view would “whitewash” history.

Jimmy Duncan, a retired accountant and self-described history buff, said that removing Confederate symbols from county property would be a slippery slope and “bad for all Americans.”

“We cannot and should not judge them in light of our values today,” Duncan said. “Where does the elimination stop? Is George Washington next?”

George ‘Bubba’ Cheek, a former member of the Texas National Guard and a descendant of Confederate veterans, said that “the guy who shot those poor nine people in South Carolina was a lunatic who grabbed our flag and used it in hate.”

“We do not use it in hate, we honor it,” Cheek said. “We should honor all of history. History should not be erased. History must remain. I have no animosity toward anyone. And I wish to hell everybody could just get along.”

But Duncan and Cheek were in the minority, as most of the speakers supported removing the Confederate symbols.

“For me, any symbol, any relic, anything that represents that in a less than a negative way needs to be removed from among us, particularly on public soil. Public soil is paid for by all of us,” said William Johnson, a black Air Force veteran.

Manuel Medina, chairman of the Bexar County Democratic Party, hailed the court for taking up the issue, throwing his party’s support behind removing the symbols.

“The great majority of Americans, Democrats and Republicans alike, view these symbols as symbols of hatred and racism,” Medina said.

The markers will be replaced with alternative plaques — one to commemorate the nine governments of Bexar County, the other for a landmark civil rights case that affirmed citizenship and voting rights for Mexican immigrants.