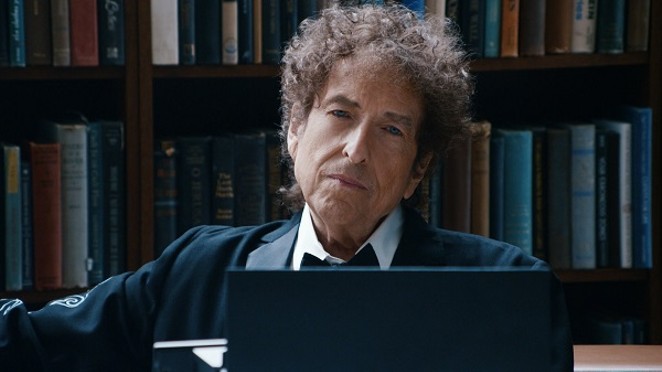 We can't be sure if Bob Dylan, recent winner of the Nobel Prize for Literature, is a calypso singer or a fisherman in those haunting and image-rich lines from his epic 1965 track "Desolation Row." Or which, if any, of the absurd and memorable characters that he's conjured over his 57-year career he might be hiding behind at any given time. But one thing's for sure: he's not up in that captain's tower. Or, as he incants on "She's Your Lover Now," a fierce 1966 b-side, "[he's] not up in your castle, honey."

The man who named himself for Welsh poet Dylan Thomas, who spent years quoting (and low key pretending to be) French symbolist Arthur Rimbaud, who has championed writers from Shakespeare to the Surrealists, from Erica Jong to Jack Kerouac, from Allen Ginsberg to Dante and so many in between, has always been aware of his position as an outsider—from the rest of the music/pop-culture milieu and from the literary establishment. Hell, he's even cultivated this outsider status, doodling vast voids in interviews where others would seek to erect monuments, subverting his biography to clever/crude ballyhoo.

It's as if he's known, all these years, that you'd begrudge him his Nobel Prize, that you'd point to more sophisticated or culturally diverse writers, that you'd sum him up to be, as he calls himself in an interview in DA Pennebaker's Dylan documentary Don't Look Back, just "a song and dance man."

But quit your grumbling — Dylan is far more than a musician and he absolutely deserves this Nobel Prize.

“I heard 'A Hard Rain’s A-Gonna Fall,' I think it was, and wept because it seemed to me that the torch had been passed to another generation from earlier Beat illumination and self-empowerment.”

Of course, the torch that Ginsberg is talking about is the torch of the American poetic voice; a torch that, arguably, was passed to Ginsberg by his spiritual father Walt Whitman. If Ginsberg, and Whitman before him, opened up the space for that voice to celebrate the self in its unvarnished, untamed form, Dylan, a kind of postmodern romantic/surrealist, filled that space with a literature that begs the question: What self?

It goes without saying really that there are writers in the world who also deserved this award. But, it is a form of almost laughable, bookish elitism to suggest that Dylan's body of work isn't also worthy of it.

Were this a book length argument (which it easily could be), I'd go on to quote lyrics from other songs, like "Chimes of Freedom," "Mr. Tambourine Man," "Visions of Johanna," "Sad-Eyed Lady of the Lowlands," "Tangled Up in Blue," "Every Grain of Sand," and so many more. And, then I'd probably bring up the fact that the world's first poets were also singers and players of various instruments, and that even William Shakespeare operated in a performative space rather than a literary one, yet no one would question his credentials as a man of literature.

Instead, it's likely best that we all dive back into Dylan's catalog and consider for ourselves the impact of his images, his stories, his aphorisms, his gift for precise intonation, his rewardingly confounding manner of deepening the mystery, rather than calculating it away. And, for those still obsessed with the ivory tower of the printed page, maybe you want to forget that Dylan sings and plays music, and check out his book The Lyrics: 1961-2012. If reading that bad boy cover-to-cover doesn't convince you that Bob Dylan deserves this Nobel Prize, then perhaps there's just a bit too much Mr. Jones in you.