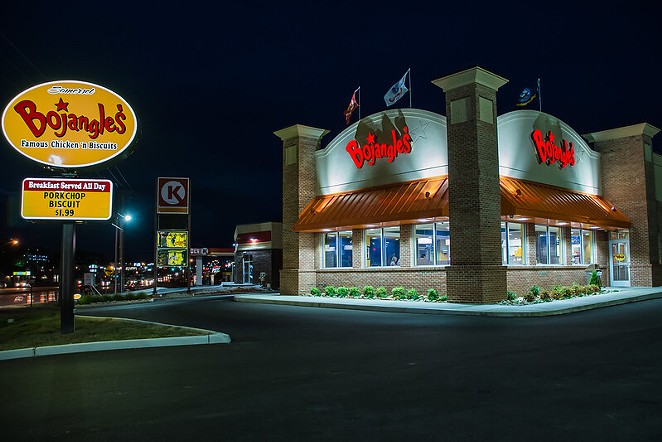 Flickr / Mr. Blue MauMau
Bojangles is set to open several stores in San Antonio in the coming years.
This week's lineup of San Antonio food news was dominated by news of restaurant openings and leadership shakeups, changes that promise to alter the landscape of the city's food scene in the coming months.

Among the Current's most-read food stories this week: Lauded SA chef Andrew Weissman announced his departure from the high-end La Cantera eatery bearing his name, while the owner of longtime Vietnamese eatery Pho Ha Long handed the reins to a close family member.

Read on for all the deets.
So many restaurants, so little time. Find out the latest San Antonio dining news with our Flavor Friday Newsletter.
Scroll to read more Flavor articles
Join the San Antonio Current Press Club