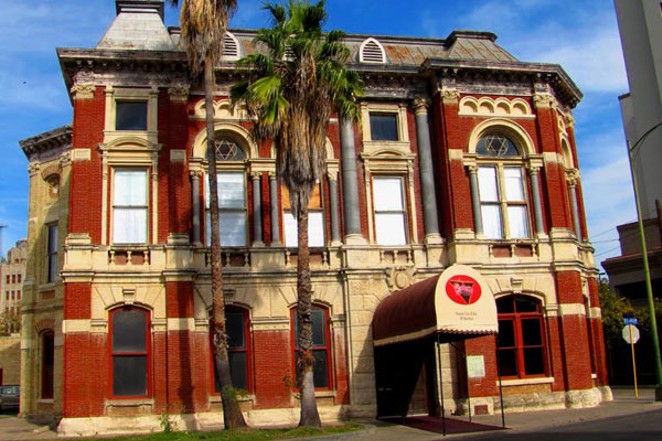 Courtesy photo
This story originally appeared in our sister paper, Out in SA.

The Bonham Exchange, the popular LGBT dance club located in the heart of downtown San Antonio just two blocks east of the Alamo, is marking its 36th anniversary this weekend with a special celebration on July 29.

The Bonham Exchange is one of San Antonio’s most successful dance clubs. Its interior spaces are large and vast. There are several full-sized bars, a disco, an outdoor bar and a large ballroom on the second floor that once served as a theater for live performances. The building is also home to the Happy Foundation, San Antonio’s LGBT archive.

While the club is celebrating its 36th year, the building it inhabits is over 125 years old. The Turnverein Building was erected in 1891. James Wahrenberger, a prominent Swiss-American architect of the period, chose a French Renaissance revival style for the edifice which was originally built as a German social and athletic club.

Over the years, the building also has served as a USO and as a storage facility for the post office. In 1980, it was purchased by Arthur “Hap” Veltman, an openly gay man who was a downtown real-estate developer, restaurant and nightlife impresario, arts advocate, and historical conservationist.

Veltman, who died of AIDS in 1988, was involved with the creation of the Blue Star Arts Complex and development projects throughout San Antonio. He was owner of the now defunct Kangaroo Court Restaurant and the San Antonio Country, the gay bar that moved downtown and became the Bonham Exchange. The club is named after James Bonham, one of the heroes of the Alamo. 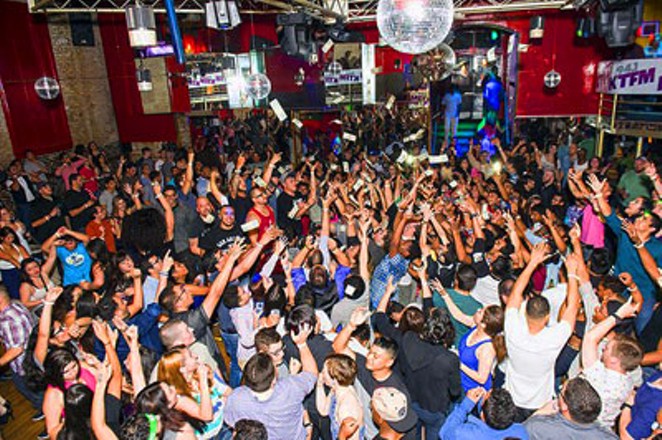 The main dance floor at the Bonham Exchange// Photo by Matt Kelley
In the past few years, the building, which is on the National Historic Register, has been awarded grants from the San Antonio Conservation Society to help repair the facade. In 2012, the interior of the building underwent a massive renovation.

As its popularity has expanded, the Bonham has also become extremely popular with young straight club goers.

In a 2015 article in the San Antonio Current, Luke Anthony Schulte wrote, “Despite its history as a juggernaut, some say a combination of factors seem to have gradually begun to rob the institution of its pull within the LGBT community. In fact, many now see the Bonham Exchange as antiquated and refer to it (with implied disdain) as a straight bar.”

Managers at the club told Schulte that anyone who goes to the Bonham can expect patrons of all orientations and reminded him the club has always been gay-owned and operated.

In an email invitation to the Bonham’s anniversary celebration, Happy Foundation archivist Gene Elder humorously wrote, “Dear old fags, young queers, and our friends: You may want to come for this even if this is the only time you ever come to the Bonham.”