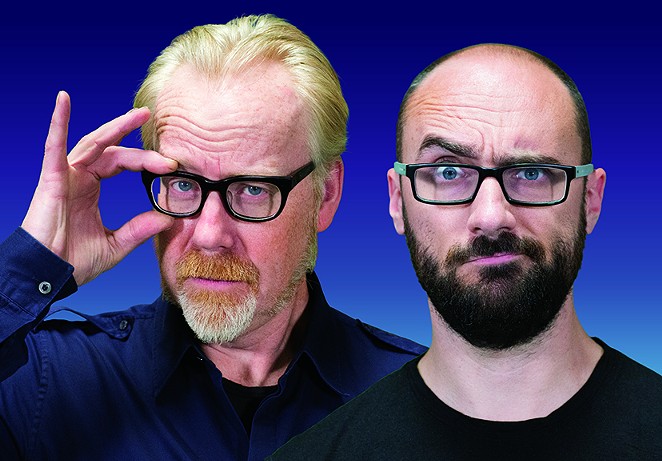 Despite the cringes it might elicit, scientific “edutainment” is at the core of Brain Candy Live — an impossibly cool and nerdy collaboration between niche celebrities and “everyday heroes” Adam Savage and Michael Stevens. Playing on the wits and smarts of Savage (a former MythBusters host who’s built models for sci-fi kingpins ranging from Star Wars to The Matrix) and Stevens (a comic, editor and creator of the YouTube phenomenon Vsauce), the touring spectacle has been amusingly teased out as both “a two-hour play date with Walt Disney, Willy Wonka and Albert Einstein” and “a cross between TED Talks and the Blue Man Group.” Suitable for curious minds of all ages, the “interactive, hands-on, minds-on theatrical experience” changes in each city it visits, as audience members are pulled up on stage to participate in madcap experiments and other antics designed to “physicalize understanding.” $45-$75, 8pm Fri, Mar. 24, The Majestic Theatre, 224 E. Houston St., (210) 226-3333, majesticempire.com.