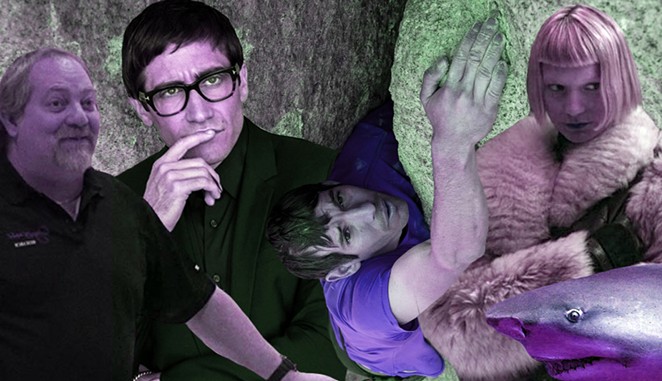 Here are a few short reviews of movies that will be released between February 1-5 in San Antonio theaters or on VOD.

National Geographic Documentary Films
Free Solo
Make a list of films that most would consider necessary to see on the biggest screen imaginable (Gravity, 2001: A Space Odyssey, Mad Max: Fury Road, etc.) and chances are not too many documentaries would make the cut. It’s a different story altogether for Free Solo, a doc which follows professional rock climber Alex Honnold as he “free solo” climbs (climbing without ropes or safety gear) up some of the world’s most challenging rock walls. In the film, which was just nominated for an Oscar for Best Documentary, Alex prepares to climb the face of the 3,000-foot El Capitan rock formation in Yosemite National Park. Along with the incredible footage captured by filmmakers Jimmy Chin and Elizabeth Chai Vasarhelyi, the doc is also notable for the way it incorporates a heartfelt love story between Alex and his concerned girlfriend Sanni. Both are well aware that one slipup equals a quick death. It’s one of the most exhilarating sports documentaries since 2004’s Touching the Void (without the reenactments). Free Solo plays for a one-week engagement at AMC Rivercenter 11 and Alamo IMAX starting Feb. 1.
4 stars out of 5 stars 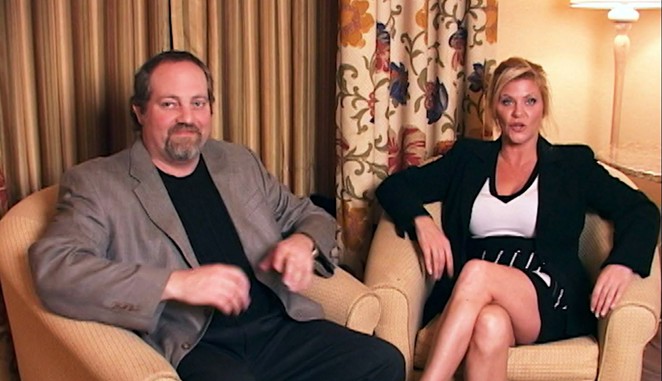 Gravitas Ventures
1 Billion Orgasms
Directed by Brent Kinetz and Terence Mickey, 1 Billion Orgasms gives new meaning to a “feel good” documentary. The doc tells the story of Aaron Headley, a middle-aged biomedical electrical engineer living in Plano, Texas, who invents a device (the “Squirt Watch”) that directs the user on how to trigger female ejaculation. In the opening scene, his former science teacher compares Aaron to Nikola Tesla, Albert Einstein and Alexander Graham Bell. “I seriously want to be responsible for one billion orgasms before I’m dead,” Aaron says in the film. “Why? Because I’ll know I actually made the world a happier place.” Orgasms is an unusual and honest exploration of human sexuality and can be enlightening, although Aaron, himself, projects a creeper vibe at times, which is unfortunate since he is the face of the company. 1 Billion Orgasms hits VOD on Feb. 5.
3 stars out of 5 stars 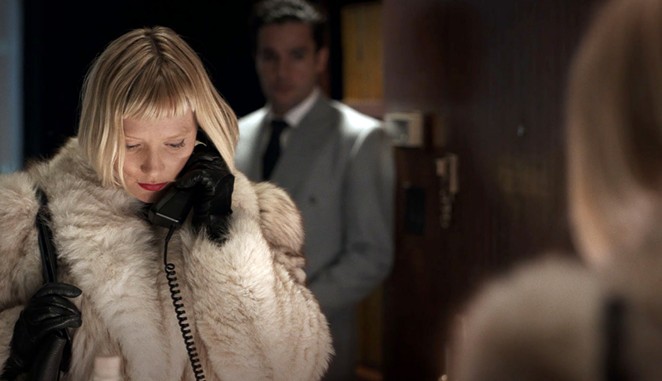 Universal Pictures Home Entertainment
Piercing
In one of the opening scenes of the ultra-violent thriller Piercing, Reed (Christopher Abbott), a businessman staying at an out-of-town hotel, practices how he’s going to murder and dismember a prostitute as an instrumental version of “The Girl from Ipanema” plays in the background. It’s a viciously unsettling albeit entrancing moment that outdoes the rest of the movie’s short, 81-minute-long runtime. When Reed’s call girl Jackie (Mia Wasikowska) turns out to be just as sadistic as he is, writer/director Nicolas Pesce (The Eyes of My Mother) loses his handle on the tone, although a filmmaker like Dario Argento might be proud of its style and gorier horror elements. Reminiscent of the 2000 slasher dramedy American Psycho, Pesce’s picture takes a few bold risks, but ultimately doesn’t add up to more than a morbid curiosity piece. Piercing hits VOD on Feb. 1.
2 stars out of 5 stars 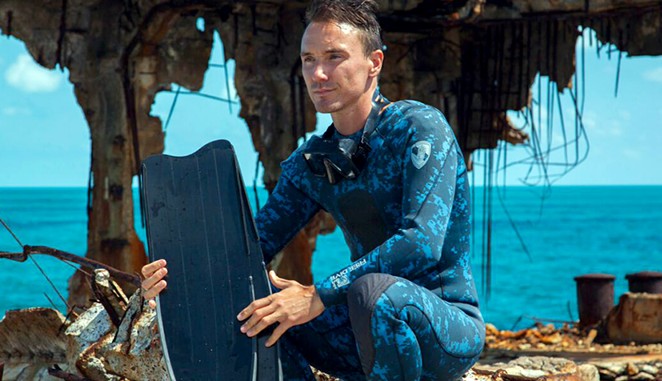 Freestyle Digital Media
Sharkwater Extinction
Sharkwater Extinction, the sequel to the 2006 documentary Sharkwater, is director Rob Stewart’s final film. Stewart died on January 31, 2017 at the age of 37 in the Florida Keys during the making of this movie. Sharkwater Extinction is a testament to Stewart’s spirit as an environmentalist and activist. In his original film, Stewart exposed the decimation of sharks worldwide for the delicacy known as shark fin soup. In the sequel, he dives deeper into the illegal fishing industry and the negative effects it continues to have on the ocean’s shark population, which has dropped 90 percent over the last 30 years. Exploring Costa Rica, the Bahamas, Panama and other countries, Stewart faces danger head on as his investigation leads him to some dark and unsettling places. Through pristine underwater footage and video taken via drone, the doc is an eye-opening look into an underground business that will have a lasting effect on the environment for generations. Sharkwater Extinction hits VOD on Feb. 5.
3.5 stars out of 5 stars 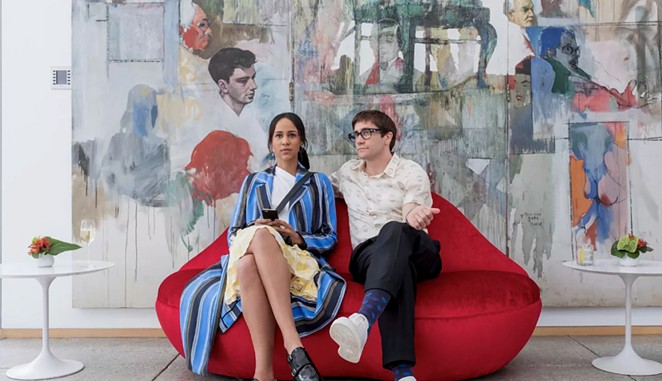 Netflix
Velvet Buzzsaw
Writer/director Dan Gilroy teams up with Oscar-nominated actor Jake Gyllenhaal and actress Rene Russo for the first time since their suspenseful 2015 thriller Nightcrawler, which was set in the cutthroat media industry. This time, Gilroy tells a darkly tongue-in-cheek story from inside the pretentious contemporary art world in Los Angeles. Gyllenhaal plays Mort Vandewalt, a fierce art critic who begins to question his sanity when he realizes a deceased painter’s artwork might be the catalyst for death inside his inner circle. It’s a weird horror hybrid that doesn’t say anything unique or thought provoking about the field Gilroy is attempting to satirize. Instead, it just plays out like an even campier version of a movie in the Final Destination franchise. Velvet Buzzsaw hits Netflix Feb. 1.
2 stars out of 5 stars