Cinematic Spillover: Short Reviews of Tolkien, Wine Country and The Professor and the Madman 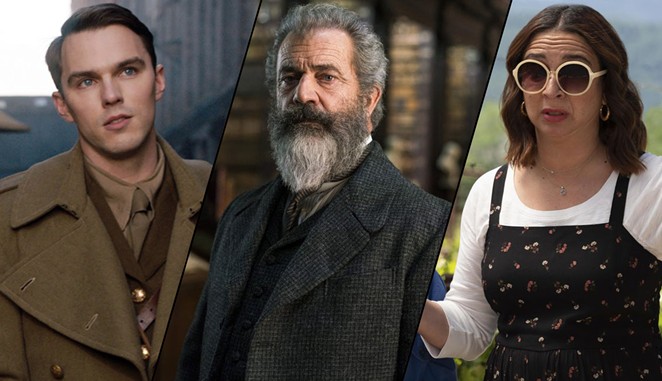 Here are a few short reviews of movies that will be released on Friday, May 10 at San Antonio theaters, VOD platforms or on Netflix.

The Professor and the Madman 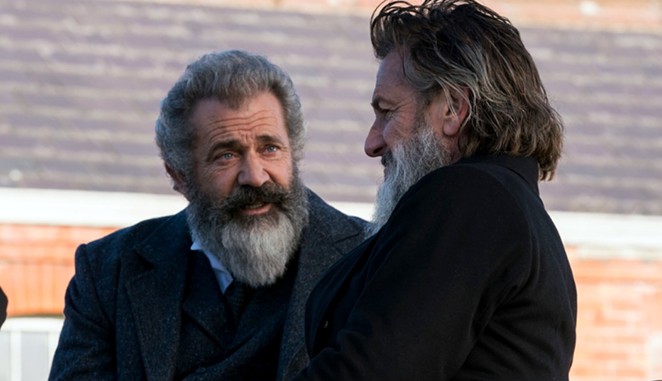 Vertical
After a couple of years of legal battles (Oscar-winner Mel Gibson sued the production studio for breaking the terms of their contract), The Professor and the Madman finally sees the light of day although it’s not as a theatrical release as we’re sure Gibson would’ve liked. Set in the mid-19th century, the film tells the story of James Murray (Gibson), a professor who begins to compile words for the very first edition of the Oxford English dictionary and receives over 10,000 contributions for the book from Dr. William Minor (two-time Oscar winner Sean Penn), an asylum patient locked up for murder. Adapted from Simon Winchester’s novel The Surgeon of Crowthorne, which Gibson bought the rights to 20 years ago, TPATM gives Gibson his first serious lead role in a few years after he starred in a series of movies where campiness dictated most of the narrative. Despite not being happy with the final product, Gibson doesn’t hold back and proves he still has the dramatic chops to deliver a memorable performance if studios would give him a chance. As a genius autodidact, James, whose background in languages is unmatched, begins a long-term project with Oxford University scholars, who are initially skeptical of James’ lack of formal education and his unconventional plans to complete the dictionary. He reaches out to the masses for help researching words and is taken aback when William, who is later diagnosed with schizophrenia, begins to submit thousands of letters to him. The two become the unlikeliest of friends — a relationship that isn’t explored in great depth until they meet later in the film. Another secondary storyline featuring William and the widow (Natalie Dormer) of the man he killed forming a bond doesn’t find the emotional hook it needs to feel like a significant part of William’s life. Still, watching powerhouses like Gibson and Penn act together for the first time in their careers is worth the lulls in storytelling. It’s too bad there’s another version, at least in Gibson’s head, that we will never get to see. The Professor and the Madman hits VOD platforms May 10. 3 stars out of 5 stars 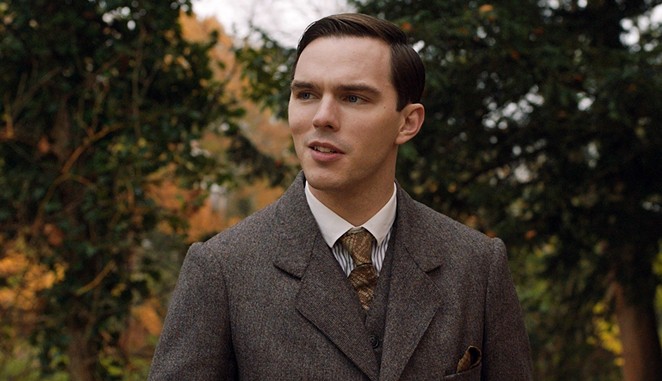 Fox Searchlight Pictures
Watching writers draw inspiration or utilize their pain to create works of fiction can sometimes lead to fascinating biopics – from Quills to Capote to American Splendor. It might be surprising, then, to know that Tolkien, a film on English writer J.R.R. Tolkien – best known for writing books like The Lord of the Rings and The Hobbit – isn’t what most moviegoers would consider a page turner. In fact, one might be hard-pressed to understand what it is about Tolkien’s life pre-Middle Earth that might justify a 112-minute biography on a man that many consider the father of modern fantasy literature. If there is a reason Tolkien exists, Finnish director Dome Karukoski (Tom of Finland) doesn’t give audiences any hints. Instead, Karukoski goes through the motions of the average cinematic biography. Tolkien (Nicholas Hoult) is introduced as an orphaned boy who grows into an intelligent student studying at a private school and finding friendship (or, in this case, fellowship) with a few likeminded and privileged boys who also enjoy the arts. His heart is stolen by Edith Bratt (Lily Collins), an elfish-looking girl who grows up in the same boarding house as him. Between his studies and falling in love, Tolkien’s narrative jumps forward to his time fighting in the trenches in WWI. What Karukoski’s storytelling fails to do, however, is get us closer to the title character. For someone who shared his vast imagination with the world, Tolkien the man deserves so much more artistry and originality than Tolkien the film can even begin to envision. Tolkien opens at theaters across San Antonio May 10. 2.5 stars out of 5 stars 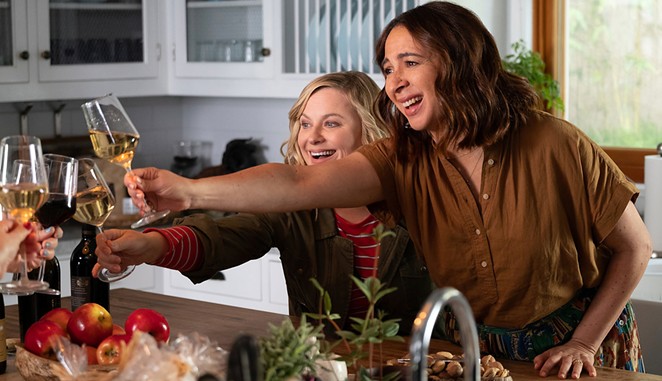 Netflix
Amy Poehler (Baby Mama) makes her directorial debut with Wine Country, a pointless comedy that some people might try to brand as the “female Sideways” (because, you know, the wine) but is better described as Grown Ups for gals. Poehler stars as Abby, the de facto leader of a group of longtime girlfriends who plans a getaway trip to Napa Valley so they can celebrate the 50th birthday of one of their pals, Rebecca (Rachel Dratch). Some familiar faces come along for the tour: Maya Rudolph (Bridesmaids) and Ana Gasteyer (Mean Girls) play two more of the friends while Tina Fey (Date Night) shows up as the woman who rents them their Airbnb. With this much comedic talent on the screen, it’s disappointing that Wine Country isn't a whole lot funnier. Screenwriters and former Saturday Night Live sketch writers Liz Cackowski and Emily Spivey really try to balance the jokes with more serious issues about getting older, being overworked and the importance of female camaraderie, but most of it comes across cliché and colorless, which is unfortunate since Wine Country has its heart in the right place. Wine Country debuts on Netflix May 10. 2.5 stars out of 5 stars