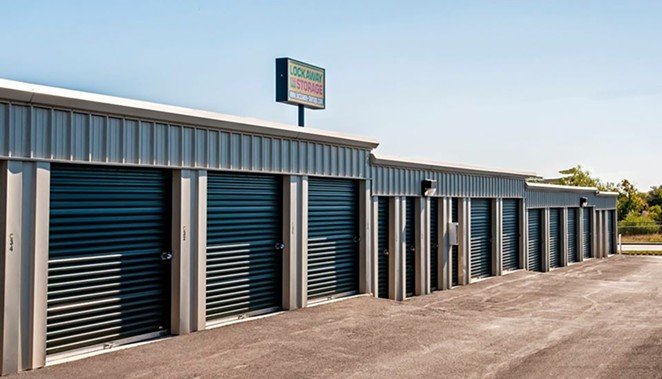 Facebook / Lockaway Storage
Bands have been using storage facilities to hold band practices since spaces like that have existed. They’re usually in a secluded area and cheaper to rent than studio spaces. Since the music is being played in a storage unit within a storage space, chances of hearing loud music are super minimal.

The City of Leon Valley thinks otherwise, and has dished out four citations to Lockaway Storage within the past 30 days for land use violations related to bands playing in its storage units.

City officials say bands practicing inside storage units violates the business' Certificate of Occupancy and creates fire and other hazards, according to a News 4 San Antonio report.

Reports say that property manager Jordan Ames claims he rents to bands rehearsing their music, not hosting shows or putting on parties in the facility. Ames also said that usually only three to five bands practice at one time.

"How is that any different than five people moving in or out on any given day with their movers?" Ames asked News 4 San Antonio.

Reports also said that Austin Zettner claims his band rents a unit at the facility because it's affordable and somewhat secluded.

"It's $150 a month, it's in a commercial zone, so there should be no problem with the noise that is really not that loud outside at all," Zettner said.

"...All we care about is the safety of those people that are in that building and right now they're not safe doing what they're doing," Salvaggio told the news station, who explained that the next step would be shutting down Lockaway Storage.