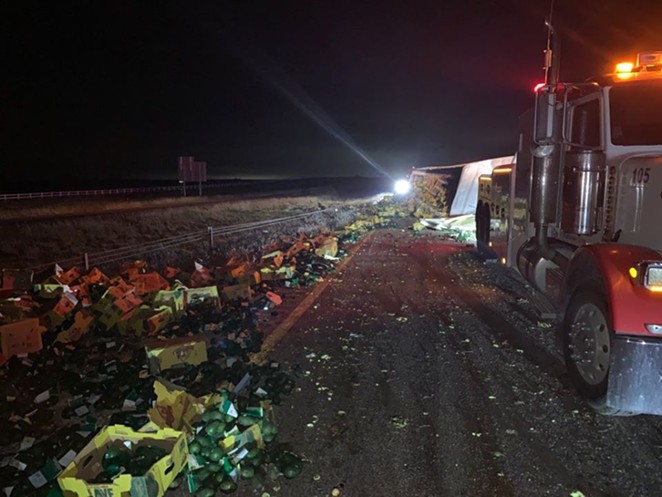 The collision between a big rig and tanker truck just before 12:45 a.m. on Interstate 10 in Cibolo resulted in a tasty — yes, tasty — spill. According to the Cibolo Police Department, the rig was transporting several thousand pounds of the vegetable some consider green gold.

The incident reportedly happened after the driver drifted toward the center median, but overcorrected, which caused the truck to roll over.
But it wasn't until a tanker traveling the same stretch of highway struck the overturned rig that the precious cargo was scattered over the road.

The driver of the tanker was not hurt, but the driver of the 18-wheeler and a passenger inside sustained injuries. A KSAT report didn't provide details on their condition, however.

The highway was shut down for several hours as authorities cleared the avocados. We're sure plenty of San Antonians would have volunteered for that job.