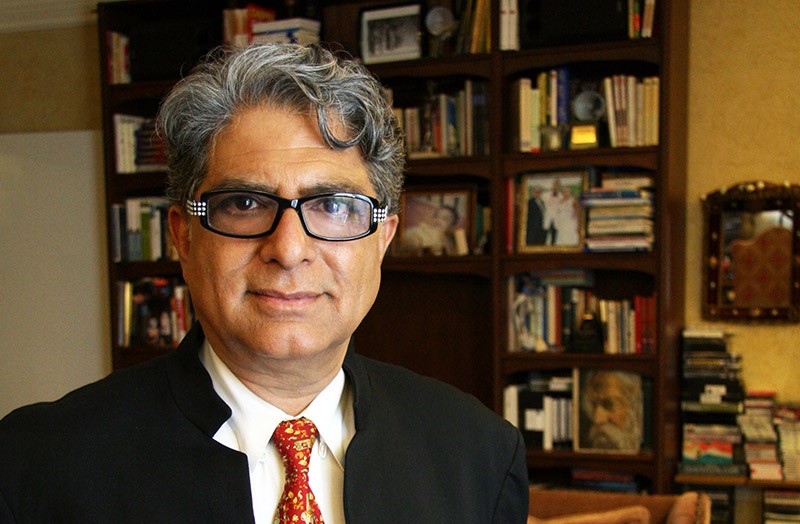 Courtesy
New Age spiritualist Deepak Chopra will speak at the Tobin next week.

Even if you're not among the growing number of his devotees, chances are you know something about Deepak Chopra. The distinguished — and wildly popular — endocrinologist, writer, lecturer, alternative medicine advocate and new age spiritualist has written more than 80 fiction and non-fiction books. He's hailed by some as a postmodern visionary, bringing contemplative depth, ancient wisdom and cutting-edge science to bear on some of our most significant issues. By others, he's lambasted as a pseudo-scientist, using his medical credentials, vague religious extrapolations and an understanding of alternative medicine to profit from his followers' naiveté. 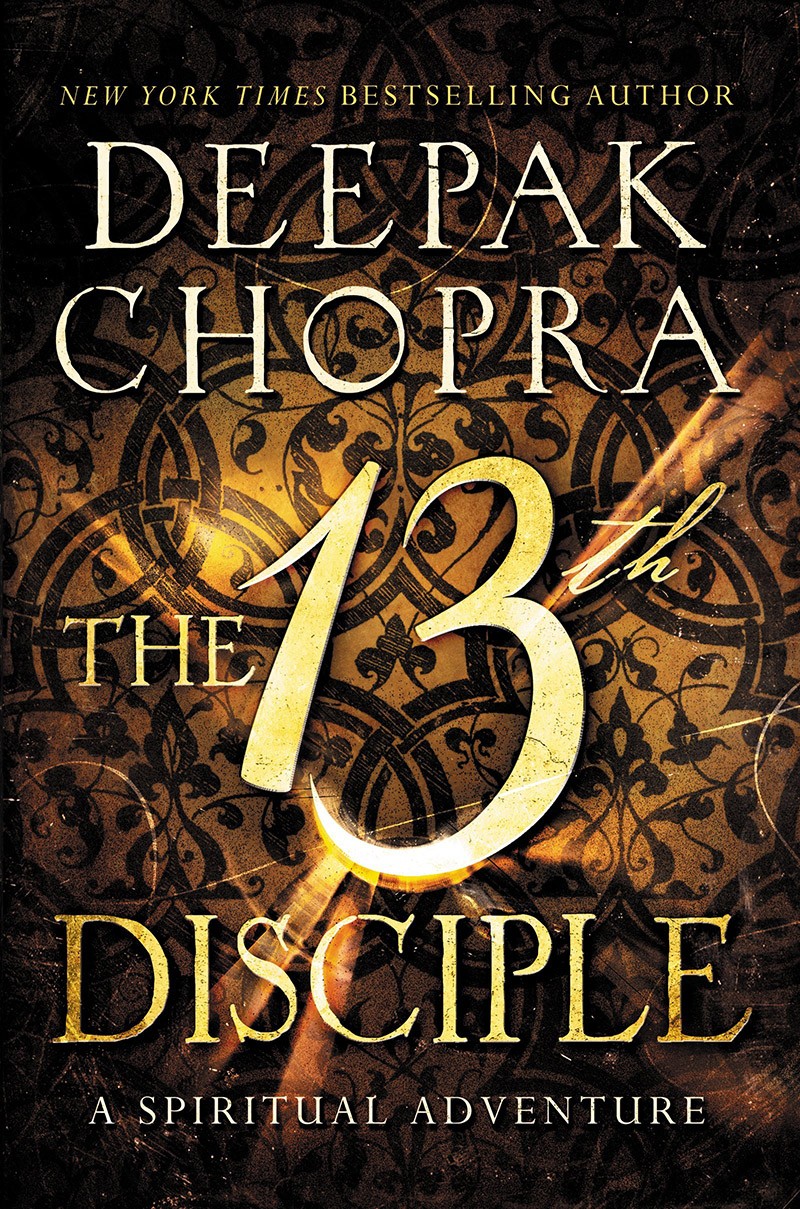 Now, with his new fiction book The 13th Disciple just out, he's coming to the Tobin Center to deliver a talk entitled "The Future of Wellbeing." Chopra spoke with the San Antonio Current last month from a lecture stop in Philadelphia. In an insightful conversation, he discussed his new book, the Tobin lecture, his response to detractors and general hopes for the planet.

So your new book, The 13th Disciple, is a historical fiction with a powerful element of spiritual exploration. What's the social value of a book like this?

Let me start by providing some context. Not many people know this, but I was educated by Irish Christian missionaries in India, so I have a very strong background in Catholic theology. So that heavily influenced the writing of this book.

But the book is the experience of six people who run the entire gamut of where people are in their spirituality. In society today, you have atheists, agnostics, curious people, people with a spiritual bent and people who are religious in the orthodox sense. And this is how society is today. You know, there are people who are totally wed to the material world and have no interest in spirituality and who are, in fact, militantly atheist. But the characters in the book show the entire gamut of how we explore reality. The conclusion of the book is ultimately that reality is more mysterious than we think it is.

More mysterious ... How so?

The five senses deliver to us a reality that we call the physical world, but we have no idea how we experience the physical world when all that goes to the brain is electrical information. How does that create a three dimensional world evolving in time? And that is one of the hard problems in science today. And there are really two important hard problems. One is: What is the universe made of? And we don't know. See, 95 percent of the universe is mysterious dark energy and dark matter. Only 5 percent of the universe is atomic and the atomic universe is mysterious too, in that it is both particles and waves. Particles are things and waves are possibilities. And the second hard problem is: What is the basis of consciousness? And, again, we don't know. So we neither know what existence is, nor do we know why there is awareness of existence. For those of us who are curious, this leads to a lot of contemplation and inner-inquiry. And that's what this book is about.

So the book is as much about non-specific inner-inquiry as it is about the Christian tradition?

Right, but you know one of the tenants of Christianity is Jesus as the light, the way and the truth. So my interpretation of that is that light is the light of awareness — nothing is real for you unless you are aware of it. The way is contemplative self-inquiry. And the truth is the truth of existence. We know we exist and we know there is awareness of existence.

With a novel that imagines the quest for a 13th and female disciple, how do you respond to people saying you are taking liberties with Christian tradition?

Well this is my third book on Christianity and it's, you know, ultimately a work of fiction. I'm not claiming that this is the way it really is. However, I've spoken about Jesus at many churches. But, if you look at, for instance, the Sermon on the Mount, there are a lot of feminine attitudes there: forgiveness, love, nurturing, caring, affection, beauty, intuition. I think the feminine aspects of the gospel have been largely ignored.

Tell me more about the male-centered nature of Christianity.

Well, yeah, there's a lot of guilt and retribution embedded in the religion. In fact, institutional Christianity is basically a monument to guilt. I think that if we look deeply into the teachings of Jesus, it's much more about love and compassion and forgiveness. But religions are based on control, aren't they?

Sure, but to what end?

Wealth and power. Human tendencies toward wealth, power and control.

Tell me how your lecture "The Future of Wellbeing" connects to the book The 13th Disciple.

There are a lot of different types of wellbeing. I'm talking also about social wellbeing, wellbeing in your career and finances, and in your community. Once you have achieved that kind of holistic wellbeing, there's still the spiritual hunger that we have. A hunger that asks: What is the meaning of our existence? What is the meaning of death? Is there a higher being or consciousness, and if there is do we have a connection with that? I think unless we address our spiritual yearning, mankind remains incomplete. So that's the connection between wellbeing and my new book.

You have been criticized for your promotion of alternative medicine and holistic healing on the grounds that these notions could possibly derail people with serious illnesses from seeking conventional medical treatment. How do you respond to that?

Look, right now we are in a very interesting time because of all this new understanding of what we call neuroplasticity and epigenetics and the connection between our consciousness and our biology. I've written books with scientists about these topics. But what I decided about six months ago is that the best way to counter this type of criticism is not to defend myself or to counter-attack. I'm an MD and I have a practice in California with six other physicians and our courses are approved by the American Medical Association. I lecture at medical schools all the time. Now I am building a library online of all the peer-reviewed articles on holistic healing. Anybody can check it out at ISHARonline.org. But I definitely don't encourage people to go away from traditional therapy. I only ask people to realize that 80 percent of medical prescriptions are for pain, anxiety, nausea, insomnia and constipation or "panic." We could save a lot of money by paying attention to things like stress management, meditation, exercising, yoga, healthy emotions and food that is real instead of manufactured. Approach the physical problems as well as the emotional and lifestyle connections ... It's not so radical. That's all I'm asking people to look at. I don't think it warrants such criticism, but people have a right.

What is your overall goal in all your spiritual and academic efforts?

In the biggest sense, my goal is to reach a collective consciousness for a more healthy, happy, sustainable, just and peaceful world.

What's the biggest obstacle to this progress you seek?

The hypnosis of our social conditioning, which always looks for a physical solution to every problem. So the solution to terrorism is to kill a terrorist, but you can't kill an idea. We must understand things like climate change and economic and social justice in much deeper ways.

Deepak Chopra: The Future of Wellbeing