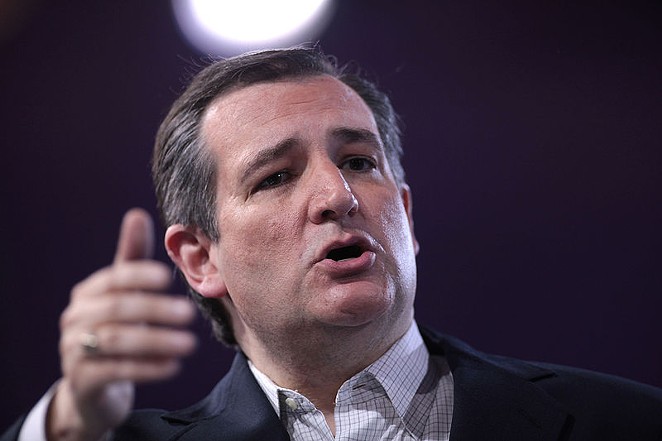 Yesterday, Cruz posted a heavily edited video on his Twitter account and campaign page that seems to show the El Paso congressman praising people who burn the American flag. We say "seems" here, because that's very clearly not what O'Rourke's edited comments are about.

In the video, O'Rourke's remarks "I think that there is something inherently American about that" and "I'm grateful there are people willing to do that." Both are clearly spliced from his recent viral remarks about NFL players kneeling during the national anthem to protest police brutality. Not about flag burning.

WATCH: My opponent was asked his thoughts about burning or desecrating the American flag.

Let's just say his response was not a response I would have given. 🇺🇸🇺🇸🇺🇸 #TXSen


"Cruz is willing to scorch the earth," Jennifer E. Duffy, a senior editor at the nonpartisan Cook Political Report, said about the one-term Senator's eagerness to go negative so early in the campaign. "He's clearly worried."

And he has reason to be.

Recent polls have put O'Rourke within a single percentage point of beating Cruz, and the challenger's campaign raised $10.4 million in the last quarter, roughly double the amount raised by that of the freshman senator.