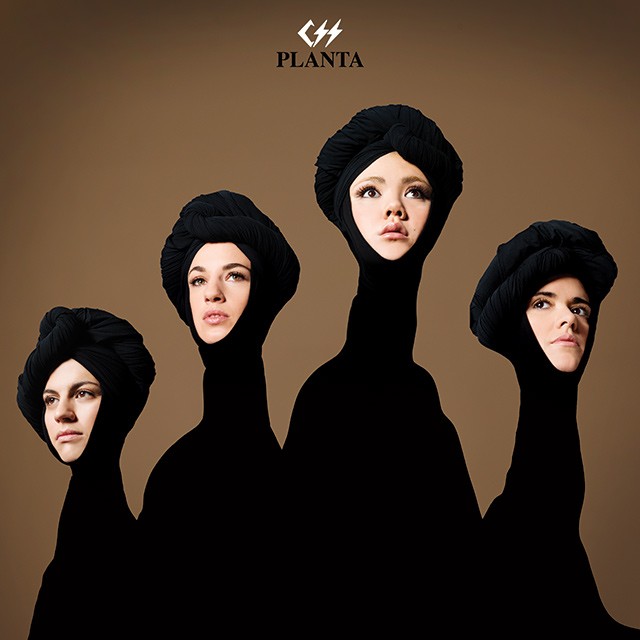 It was 2003 when Brazil’s CSS (“Cansei de Ser Sexy,” or Tired of Being Sexy) first made a splash with their day-glo brand of synth-pop (a colorfulness that extended to the band’s outfits and lyrics.) Now a decade and four albums in, well after the novelty of their trash culture referencing singles (“Meeting Paris Hilton,” “I Wanna Be Your J-Lo”) and frontwoman Lovefoxxx’s-sequined jumpsuits has faded, it’s time to ask: does the music stand for itself? If Planta, the band’s latest offering, is to be taken as an answer, then not in the slightest. For the most part, the record plays like a jumbled pile of synth lines and drum loops thrown haphazardly into a ProTools session, with a Lovefoxxx vocal pasted at random on top. An easy explanation for this maladroit mess may be the departure of founding member/producer Adriano Cintra, who did speak of his bandmates’ “musical incompetence” as a prime reason for leaving. While that may be bad blood rather than truth speaking, Planta does make a pretty strong case for Cintra’s claim. The best I can say for it is that it’s not outwardly grating or annoying, but then again creating the equivalent of electro-wallpaper shouldn’t count for much.