Curious Companions: 10 of the Best Exotic Pets on the Big Screen

Sorry, house cats and dogs. It’s about time a few other pets got some attention in the world of cinema. In this list, you’re not going to find Lassie or Benji or Garfield or that creepy-ass cat from the Pet Sematary remake. Below are some of our favorite exotic pets that have been featured in movies. RKO Radio Pictures
The screwball comedy, which was considered a box-office flop 81 years ago, has since become a critically acclaimed classic. The film follows a paleontologist (Cary Grant) whose chance encounter with a ditzy young woman (Hepburn) and her pet leopard threaten his upcoming wedding. Columbia Pictures
The British drama tells the true story of a couple who raised an orphaned lion cub until she was able to fend for herself in the wild. The experience making the film impacted McKenna and Travers so much, they both became animal rights activists and created the Born Free Foundation. United Artists
Adapted from the novel A Kestrel for a Knave, the British drama introduces Billy, an abused teenager, to a falcon he takes from a farm. Billy begins to learn falconry after stealing a book on the topic from a used bookshop. 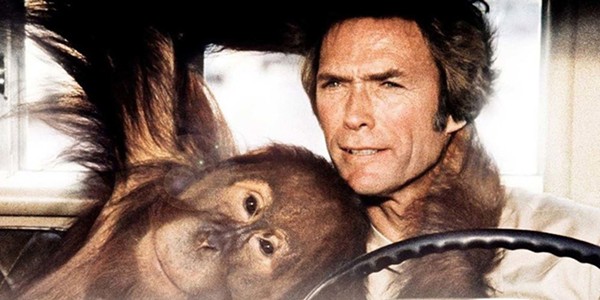 Warner Bros.
Eastwood stars as a truck driver and bare-knuckle fighter who takes a road trip to Denver with his brother and pet orangutan Clyde. Clyde is played by at trained orangutan named Manis, who did not reprise his role in the 1980 sequel Any Which Way You Can. 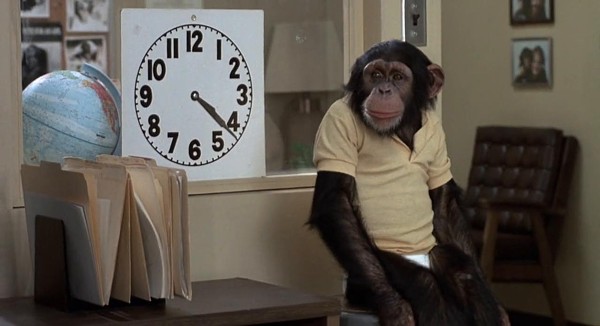 20th Century Fox
Although more of a research subject than a pet, Virgil was loved immensely by Teri, who finds out he was sent to an Air Force Base for experimentation instead of the zoo she was promised. Willie, the chimp who played Virgil, is now retired and living at the Primarily Primates animal sanctuary in San Antonio. MGM
Jamie Lee Curtis’ character is named Wanda, but it’s also the name of Ken’s favorite pet fish, who meets its demise at the hands of Otto West (Kevin Kline), who swallows the angelfish whole when Ken doesn’t tell him the location of some diamonds they recently stole. Gulp. 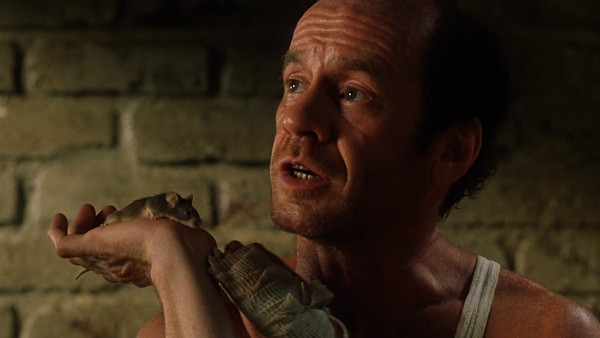 Warner Bros.
Both guards and prisoners become enamored with a little mouse that Eduard names Mr. Jingles, whom we later find out has an incredibly long life span. When he is killed by a sadistic prison guard, death row inmate John Coffey (Michael Clarke Duncan) resurrects him with his mysterious, supernatural healing powers.

Buena Vista Pictures
It’s up for debate online if Richie’s bird is actually a falcon or hawk (the characters never mention it, but writer-director Wes Anderson’s script refers to him as a falcon). Nevertheless, in the film, Richie wakes up one morning at dawn. As the narrator put it: “He had decided birds should not be kept in cages, fed Mordecai three sardines and set him free.”

Universal Pictures
Polly’s half-blind ferret Rodolfo finds a way to get around — even when Polly accidentally drags him into a trash can while walking him on a leash. In one scene, Rodolfo sneaks up on Polly’s friend Ruben (Ben Stiller) while he’s pooping and scurries out of the bathroom when the toilet starts to overflow. 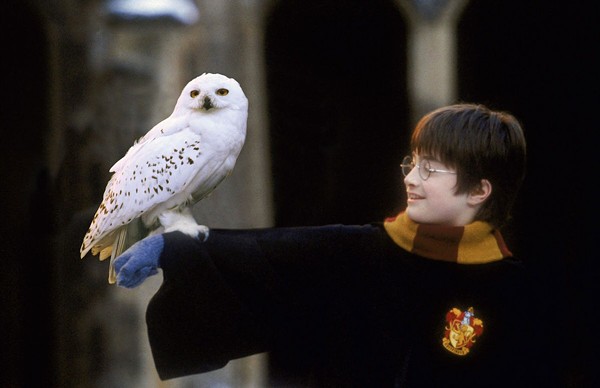 Warner Bros.
There are a handful of magical creatures Potter fans would love to see on this list (Buckbeak, Aragog, Nagini), but none is as loyal as Hedwig, the snow owl that was gifted to Harry by Hagrid (Robbie Coltrane) for his 11th birthday. The song most associated with the Harry Potter franchise is known as “Hedwig’s Theme.” Sadly, Hedwig’s life ends in Harry Potter and the Deathly Hallows: Part I, when she tries to protect Harry and Hagrid from the Death Eaters.