Deaths in ICE custody skyrocketed during the COVID-19 pandemic 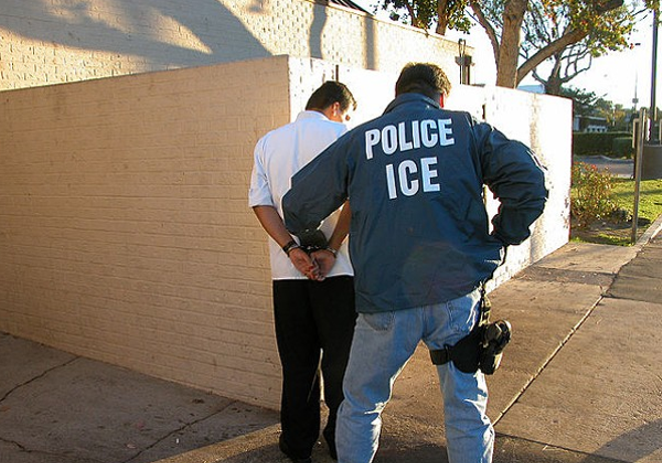 Wikimedia Commons
Fernando Sabonger Garcia ended up in the custody of U.S. Immigration and Customs Enforcement on July 7 after being arrested at the Texas border. A Honduran national fleeing dangers at home, he was hoping for safe harbor in the United States. Instead, the 50-year-old ended up at Joe Corley Detention Facility, a privately run immigration detention center in Conroe, Texas.

By July, the Houston area was already a COVID-19 hotspot with 50,000 cases and 500 deaths. At Corley, all detainees faced danger of infection inside group quarters that held bunks for as many as 30 men, according to La O. Muñoz, a Cuban physician who was detained there and became a whistleblower after his release. “We almost slept head to head, coughing on top of each other,” Muñoz  told the Houston Chronicle. Another man, a Mexican national detained in the same facility but in the custody of the U.S. Marshals Service, had already died of COVID-19. Soon Sabonger Garcia was transported to a hospital where he died on August 28.

Across the United States, deaths in immigration detention centers skyrocketed in 2020 to the highest rate of fatalities reported by ICE officials in more than a dozen years, according to a new report on in-custody deaths of immigrants by researchers at the University of Southern California’s medical school.

Most of the 21 deaths reported in FY 2020 were due to COVID-19. The number of deaths nearly tripled compared to FY 2019, even though the total population of detainees dropped by a third. As a result, the rate of deaths per 100,000 detainees reported last year is the highest level in twelve years, researchers say.

A total of seven deaths were reported in ICE facilities in Texas from 2018 to 2020, which tied with Florida for the most in the country.

Nationwide, the average age of the deceased was 47, “markedly lower than reported life-expectancy for foreign-born individuals in the United States,” the report says.

Despite reports of increasing infections in immigration detention centers in Texas, Sabonger Garcia’s death is still the only one that federal immigration officials here have attributed to COVID-19. Texas-based officials do not count deaths of detainees who died after being released or who were held by other agencies like the man who died in US Marshal’s custody in Joe Corley, the same facility as Sabonger Garcia.

Nationwide, most detainees who died of COVID-19 in 2020 were transported to a hospital. But in Arizona, 54-year-old Abel Reyes Clemente, a Mexican national and a diabetic, was placed into isolation after he fell ill with a fever and began gasping for breath. After a full day where nurses recorded abnormally low blood oxygen levels, he died in the detention center, the USC report says. ICE does not reveal whether he was ever given supplemental oxygen or clarify why he was not transported to a hospital, as recommended.

Texas immigration detention facilities recorded four deaths in 2020 alone. But ICE officials have acknowledged that COVID-19 contributed to only one of three deaths from “natural causes” in detention centers last year—Sabonger Garcia’s.The fourth death was called a suicide.

ICE reports that describe two other “natural” deaths in Texas detention centers in March 2020, do not say whether either person was tested for coronavirus.

Ramiro Hernandez-Ibarra, a 42-year-old man from Mexico, died in March after being held at the Port Isabel Detention Center in Los Fresnos, Texas. According to ICE, the preliminary cause of his death was listed as complications related to septic shock.

Maria Celeste Ochoa Yoc de Ramirez, an asylum-seeker from Guatemala, also died in March  after being detained at the Prairieland Detention Center (PDC) in Alvarado, Texas.  According to ICE, she underwent several medical procedures in custody and died from autoimmune hepatitis, complicated by septic shock and acute liver failure. She was 22.

The USC report, published in the AIMS Press Publc Health journal suggests that flaws in suicide prevention, poor control of infectious diseases and, in some cases, delays in emergency medical treatment – problems previously highlighted in reports issued in 2018 and in 2016 by Human Rights Watch and other groups – are factors that contribute to the highest level of detainee deaths in a dozen years.

“Among individuals in ICE detention, potentially preventable causes of death—including COVID-19 infection, influenza and suicide—are responsible for at least half of recent deaths,” the report says.

In 2020, a 27-year-old father housed with his son committed suicide in the Karnes, Texas family detention center. The father, from Honduras, suffered from depression and had expressed concern about the lack of progress in their asylum cases, but he had not been placed on a suicide watch. When officials checked the room twice on the night of his death, they saw only the boy – and failed to enter the bathroom where the father had hung himself by attaching a  sheet to the shower rod. By the time they found him, the body was already cold.

USC researchers examined public information made available on all deaths reported in ICE detention between October 1, 2017 and the present (fiscal years 2018, 2019 and 2020).

During the last three years, ICE was required for the first time to post public information about deaths within 90 days under a new federal law designed to boost transparency inside immigration detention centers that are mostly run by for-profit companies and are often located in very isolated areas in Texas and many other states.

ICE has not yet posted any report on the death of Fernando Sabonger Garcia, even though the 90-day legal deadline has passed. But in a press release, ICE reported that he died from “respiratory failure due to complications from COVID-19.”

The USC report urges ICE officials to immediately vaccinate detainees whose lives may be endangered both for COVID-19 – and for the flu, which also can claim lives.  Nationally, COVID-19 emerged in 2020 as an “important cause of mortality, responsible for nearly three quarters of deaths among individuals in ICE detention since April of 2020,” the USC report notes. “In most of those cases, those affected were older or suffered from medical conditions such as diabetes, chronic kidney disease, or lymphoma that placed them at high risk.”

ICE regularly posts updates about COVID-19 cases in detention centers online and has been forced to release some detainees during the pandemic under court orders.

But Dona Kim Murphey, a San Antonio doctor and board member of the nonprofit Doctors for America, says she thinks facilities still may be withholding critical information about immigrants’ infection rates and deaths in Texas. Last year she participated in a protest held at the privately-operated Joe Corley detention center in response to COVID-19 reported deaths there. “They’re more focused on the profits than on how to prevent infections and deaths,” she tells the Observer.